In 2011, amid the popular uprising against Egyptian president Hosni Mubarak, the government sought in vain to shut down the Internet-based social networks of its people.
WikiLeaks editor-in-chief Julian Assange has been branded “public enemy number one” by some in the United States for posting material on the World Wide Web that concerns airstrikes in Iraq, US diplomatic communications, and other sensitive matters.

In Wiki at War, James Jay Carafano explains why these and other Internet-born initiatives matter and how they are likely to affect the future face of war, diplomacy, and domestic politics.
“The war for winning dominance over social networks and using that dominance to advantage is already underway,” Carafano writes in this extremely timely analysis of the techno-future of information and the impact of social networking via the Internet. Drawing on his extensive knowledge of history and defense strategy, Carafano creates a cogent analysis of what is truly new about the “new media,” and what is simply a recasting of human warfare in contemporary forms.

Wiki at War is written in a lively, accessible style that will make this technological development comprehensible and engaging for general readers without sacrificing the book’s usefulness to specialists. Outlining the conditions under which a difference in degree becomes a difference in kind, detailing how ancient wisdom can still apply to national security decisions, and examining the conditions under which new expertise is required to wage effective diplomacy or successful military strategy, Carafano casts in stark relief the issues that face political, military, and social leaders in trying to manage and control information, in both the international and domestic arenas. Wiki at War affords stimulating thought about and definitive discussion of this vital emerging topic.

JAMES JAY CARAFANO, author of Waltzing into the Cold War (Texas A&M University Press, 2002) and other titles, is deputy director of the Heritage Foundation’s international studies institute and director of its Center for Foreign Policy Studies. He is also a regular guest analyst for major US network and cable television news organizations, including ABC News, FOX News, MSNBC, and Al Jazeera. He lives in Washington, DC. 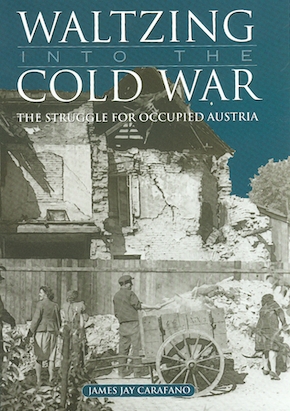