In 1910 Francisco Madero, in exile in San Antonio, Texas, launched a revolution that changed the face of Mexico. The conflict also unleashed violence and instigated political actions that kept that nation unsettled for more than a decade. As in other major uprisings around the world, the revolution’s effects were not contained within the borders of the embattled country. Indeed, the Mexican Revolution touched communities on the Texas side of the Rio Grande from Brownsville to El Paso. Fleeing refugees swelled the populations of South Texas towns and villages and introduced nationalist activity as exiles and refugees sought to extend moral, financial, and even military aid to those they supported in Mexico. Raiders from Mexico clashed with Texas ranchers over livestock and property, and bystanders as well as partisans died in the conflict.
One hundred years later, Mexico celebrated the memory of the revolution, and scholars in Mexico and the United States sought to understand the effects of the violence on their own communities. War along the Border, edited by noted Tejano scholar Arnoldo De León, is the result of an important conference hosted by the University of Houston’s Center for Mexican American Studies.
Scholars contributing to this volume consider topics ranging from the effects of the Mexican Revolution on Tejano and African American communities to its impact on Texas’ economy and agriculture. Other essays consider the ways that Mexican Americans north of the border affected the course of the revolution itself. The work collected in this important book not only recaps the scholarship done to date but also suggests fruitful lines for future inquiry. War along the Border suggests new ways of looking at a watershed moment in Mexican American history and reaffirms the trans-national scope of Texas history.

Beyond Borders: Causes and Consequences of the Mexican Revolution, Paul Hart

The Mexican Revolution and the Women of El México de Afuera, the Pan American Round Table, and the Cruz Azul Mexicana, Juanita Luna Lawhn

Salt of the Earth: The Immigrant Experience of Gerónimo Treviño, Roberto R. Treviño

“The Population Is Overwhelmingly Mexican; Most of It Is in Sympathy with the Revolution . . . .”: Mexico’s Revolution of 1910 and the Tejano Community in the Big Bend, John Eusebio Klingemann

ARNOLDO DE LEÓN, C. J. “Red” Davidson Professor of History at Angelo State University, is the author of a number of important books on Mexican American history. He is also coeditor (with Walter Buenger) of Beyond Texas Through Time (Texas A&M University Press, 2011).

"Many Texans are unaware of the tremendous influence the Mexican Revolution had on Texas. From El Paso to Brownsville, from San Antonio to Laredo, in the years from 1910 to 1917 and in the decades that followed, the Lone Star State was decidedly affected. Many of those fleeing across the Rio Grande were not just the poor but many of Mexico's well-educated economic and political elite, many of whom never returned to Mexico, and who came to have a profound and positive influence on communities north of the border, especially Laredo and San Antonio. For the first time, primarily due to the very capable editorial efforts of Arnoldo DeLeón, one of today's best known historical sleuth-hounds, as well as a number of other leading scholars, we have a full and complete treatment of this fascinating subject, including an accurate final accounting of exactly how many Tejanos died at the hands of the Texas Rangers in the Lower Rio Grande Valley." — Jerry Thompson, Regent's Professor of History of Texas A&M International University
"Arnoldo De León's introductory and historiographical essays provide readers with the context to understand and appreciate the works in this volume. . . offers readers a broad perspective on the Mexican Revolution's impact on Texas."--Journal of Southern History

"This anothology is a very significant contribution to the fields of borderlands, Mexican American, southwestern, and Texas history. This book is the first to relate the impact of the Mexican Revolution upon the Texas border and Mexican Americans. It is a compelling read beacuse the massacres of Plan de San Diego insurgents is still discussed today. A fine piece of work that is solidly written, it is well researched and very readable."

"Revisiting old themes--Rangers, the Plan of San Diego--and exploring new ones--women, African Americans--War Along the Border reminds us that Mexican history is Texas history and vice versa. The essays in this volume offer insights into Texas-Mexico relations and reminders that our present concerns over immigration , border violence, and contraband are nothing new, but instead reflect the ongoing strains among societies that have lived in dynamic tension for almost two centuries." -- Dr. J. F. de la Teja, Regents Professor, Department of History, Texas State University-San Marcos

“The essays in this anthology typically reflect careful scholarship, thoughtful analysis, and skillful exposition. Furthermore, they convincingly demonstrate the value of viewing Tejano history from an international perspective and suggest the rich variety of themes that this potentially fertile field of investigation offers for future studies of the Tejano experience.”—Michael M. Smith, Southwestern Historical Quarterly 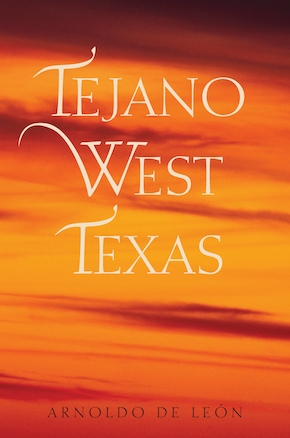 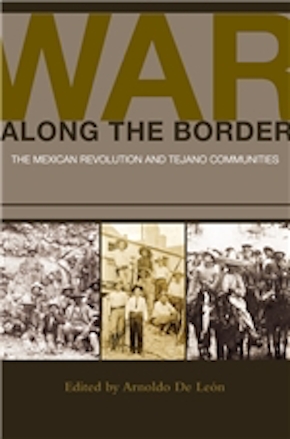