A hundred and fifty years ago, naval warfare entered a new phase with the introduction of ironclad vessels. On March 9, 1862, the USS Monitor, prototype of this new class of warships, fought the Confederate ironclad CSS Virginia at Hampton Roads, Virginia, after the Virginia had ravaged the Union fleet blockading the James River, sinking larger, seemingly more powerful wooden warships in a potent demonstration of the power of an armored, heavily-gunned, steam-powered warship.

In the world’s first clash between iron-armored warships, Monitor and Virginia exchanged gunfire at close range for nearly four hours. Neither inflicted serious damage on the other. While a technical stalemate, the events at Hampton Roads changed naval warfare forever. In the United States and abroad, iron and steam would soon replace wood and sail for warship construction. Less than nine months later, the now-famous Monitor was under tow, heading south to Beaufort, North Carolina, when she sank in heavy seas, with substantial loss of life.

Monitor was a total and irretrievable loss; even the location of her final resting place became a mystery. Not until 1973 was the inverted hull located, and in 1974 excavation of the wreck began, under the auspices of the National Oceanic and Atmospheric Administration in partnership with the US Navy. The decision to place the Monitor in a protected zone—a national marine sanctuary—marked another historic first for the vessel. The story of this decision, the raising of the turret, and the subsequent management of the historic resource adds another layer of history to the Monitor’s fascinating story.

Sidebars in the book flesh out details and add anecdotal color to the story of Monitor and of the efforts to preserve and interpret the site. Lavish illustrations (photographs, site drawings, and artifact sketches) complement the informative and highly readable account by the archaeologist who planned and directed the major expeditions that resulted in recovery of many of the Monitor’s most significant objects, as well as the remains of two Union soldiers who were only recently interred in Arlington National Cemetery, more than 150 years after their deaths.

John D. Broadwater recently retired from the National Oceanic and Atmospheric Administration’s Office of National Marine Sanctuaries, where he had served as chief archaeologist. He has contributed chapters in several books and for more than a dozen years was manager of the Monitor National Marine Sanctuary, where he directed seven major expeditions to the remains of the Civil War ironclad warship. He holds a PhD in marine studies from the University of St. Andrews. He lives in Williamsburg, Virginia.

“This handsome tabletop volume is loaded with well-executed images and maps. Numerous sidebars amplify the reader’s understanding of this historical ship. A large bibliography is helpful for those who want more information. Scholars will find Broadwater’s book to be among the standard works on the life and times of the world’s first built-for-the-purpose ironclad ship. For enthusiasts of marine archeology, naval history, and the Civil War, the book is a must-have . . . it will be of significant interest for general readers interested in historical action stories.”   —Naval History

"Distinguished underwater archaeologist John Broadwater has created a definitive account of the resurrection of the warship that forever changed naval combat. He describes in fascinating detail the discovery and raising of the USS Monitor's evolutionary revolving turret and its unique steam engine. Broadwater leaves no artifact unstudied, not mystery unsolved. This is a drama as intriguing as it is spellbinding."--Clive Cussler, underwater explorer and author of the ongoing Dirk Pitt series

"An important account of the Monitor's excavation and recovery by the archaeologist who led the efforts...A memoir of discovery and recovery, and the creation of a sanctuary. Broadwater's account is authoritative...An invaluable account of the Monitor's recent history...There have been many expeditions to the Monitor site, with many differing technologies and objectives. Broadwater puts them into sequence and perspective as no one else can." --David A. Mindell, Professor of the History of Engineering and Manufacturing, MIT

"USS Monitor is possibly the most widely recognized warship in naval history. Impact of Monitor's engagement with CSS Virginia at Hampton Roads, Virginia in March 1862 was felt around the world. The history of Ericsson's celebrated "Cheese Box on a Raft" ended on 31 December 1862 when the ship was lost off Cape Hatteras, North Carolina. New chapters in the ironclad's history began to unfold in 1973 when wreckage of the historic vessel was discovered off Cape Hatteras, North Carolina. Each new chapter attracted international attention as archaeological investigation of the wreck progressed to include recovery of significant technological elements of design and construction that made Monitor unique. Today at the Mariner's Museum, not far from Hampton Roads where the Monitor made history, the ship's machinery, turret, ordnance and an extraordinary collection of artifacts are accessible to the public. While Monitor's story is not yet complete, Dr. John Broadwater has brought it up to date. No one could be more qualified to make that contribution. He has been intimately involved in research at the site since the first archaeological investigation of the wreck in 1974 and has directed each of the recovery projects undertaken by the National Oceanographic and Atmospheric Administration. His first hand knowledge and experience brings each new chapter in Monitor's modern history to life. It will be an exciting read for anyone interested in underwater archaeology, submerged cultural resource management, the technology applied to recovery operations and the ship that dramatically changed naval history."--Gordon P. Watts, Director of the Institute for International Maritime Research

“Broadwater takes the reader along on the last leg of Monitor’s journey from warship to shipwreck to National Marine Sanctuary and museum exhibit. Broadwater produces a history and a memoir that is a fitting final tribute to Monitor’s place in American naval history and in our shared maritime heritage. In fact, perhaps the most significant contribution of this volume is the sharing of Broadwater’s very personal connection with USS Monitor. The first-person style enables Broadwater to reveal to each reader his thoughts, fears, revelations, humour, growing understanding, and sense of wonder regarding this most meaningful of shipwrecks. Sidebars present relevant nuggets of intormation and additional facts, while lavish and colourful photographs, illustrations and tables make the book as suitable for the coffee table as for the library. USS Monitor: A Historic Ship Completes Its Final Voyage is an interesting and illuminating read.”—The Northern Mariner/Le marin du nord
"This handsome tabletop volume is loaded with well-executed images and maps. Numerous sidebars amplify the reader's understanding of this historical ship. A large bibliography is helpful for those who want more information. Scholars will find Broadwater's book to be among the standard works on the life and times of the world's first build-for-the-purpose ironclad ship. For enthusiasts of marine archeology, naval history, and the Civil War, the book is a must-have . . . it will be of significant interest for general readers interested in historical action stories."--Naval History
“In this book John Broadwater presents a vivid and comprehensive account of the USS Monitor project. In exhibiting considerable skill as a story teller, John Broadwater succeeds admirably in presenting this work to a general readership. Permeating the whole operation is the career of one of the most acclaimed maritime archaeologists and ubiquitous flag-bearer for the United States’ cultural-resource-management movement in the modern era, John D. Broadwater. Broadwater certainly achieves his aims via an attractive and well-written work that is primarily designed for general readership as it permeates the bookshops during the 150th anniversary years of the vessel’s launch and loss. Ordinary Americans will certainly enjoy the work and Civil War buffs will find it entertaining and of value. Apart from the general interest in the Monitor story, this work is important for today’s practitioners and students of maritime archaeology, especially those working in the once remote field of deep-water survey and deep-water archaeological method. Throughout the work the extent and complexity of the equipment, support vessels, service personal and the size of funding attests to the importance of this wreck to the American people as a whole. Hundreds of other names and many institutions are mentioned in a similarly generous way and by this means Broadwater solves the problem all of us face over how properly to credit those who have assisted, provided their expertise or proved valuable in so many ways to a complex archaeological programme.”—Michael McCarthy, International Journal of Nautical Archaeology

“This well-illustrated account tells the full story of what recovery and the subsequent management and protection of her artifacts. Written by a man who played a key role in these operations, this book will likely become a classic of maritime archaeology.”—Lieutenant Commander Thomas J. Cutler, US Navy (retired), Notable Naval Books of 2012

“For students of Civil War naval history, John Broadwater’s work on the loss and recovery of the USS Monitor is a must read.”—Jonathan Newell, Blue & Gray Magazine

"Broadwater's volume is intended for a wide audience and it will interest many, archaeologists, historians, and the public. Broadwater succeeds on all counts. This material [dive training, hull stabilization, artefact conservation] is presented both in the text and with the use of relevant and interesting sidebars. The volume is lavishly illustrated with photographs that span from the 1970s to modern times. The strength of the book is that Browad water answers questions that both archaeologists and the public have asked."--John R. Bratten, International Journal of Maritime History
“The work reads like a National Geographic special, but provides much more detail and focus on the project during the many expeditions over nearly forty years. This book will be most useful professionally to management strategists and those focused on methodology. This book is an excellent and informative companion to the Mariners’ Museum exhibit, providing an enduring encapsulation of its creation which will last for visitors and enthusiasts long after the museum visit ends or the last page turns.”—Betsy Stables, East Carolina University, Nautical Research Journal 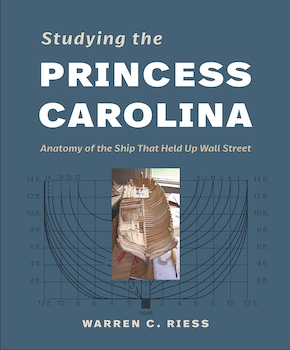 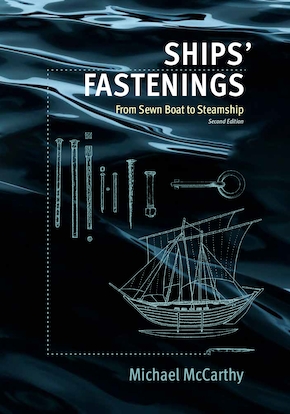