Women in Civil War Texas is the first book dedicated to the unique experiences of Texas women during this time. It connects Texas women’s lives to southern women’s history and shares the diversity of experiences of women in Texas during the Civil War.

Contributors explore Texas women and their vocal support for secession, coping with their husbands’ wartime absences, the importance of letter-writing, and how pro-Union sentiment caused serious difficulties for women. They also analyze the effects of ethnicity, focusing on African American, German, and Tejana women’s experiences. Finally, two essays examine the problem of refugee women in east Texas and the dangers facing western frontier women.

DEBORAH M. LILES teaches history at the University of North Texas and is the author of Will Rogers Coliseum and several journal articles. ANGELA BOSWELL is professor of history at Henderson State University in Arkadelphia, Arkansas, and the author of Her Act and Deed: Women’s Lives in a Rural Southern County, 1837-1873, which won the TSHA Liz Carpenter Award.

“Women in Civil War Texas is an excellent survey of the lives of the women in the Lone Star State who encountered a wide range of problems during the four years of war. The two chapters on slave women are particularly impressive, because so little is known about the lives of female slaves. This book fills a needed gap in the story of Civil War Texas.”—Anne J. Bailey, author of Invisible Southerners: Ethnicity in the Civil War and coeditor of Civil War Arkansas

“This will be the first source historians and students examine to gain the most authoritative knowledge and understanding of Texas women during the Civil War. Clearly, the editors were determined to be as vigorous and judicious as possible in stipulating broad, balanced, and deep coverage of the most important groups of Texas women.”—T. Michael Parrish, author of Richard Taylor: Soldier Prince of Dixie and co-editor of Brothers in Gray
"The essays in Women in Civil War Texas are uniformly well researched in that they skillfully combine original manuscript research with astute synthesis of the current literature. Ably integrated into the fabric of every chapter are the stories of individual women (some well known and many others not) and how they coped with the absence of male family members, scarcities of all kinds, the need to maintain farms and businesses, and the very real threats of violence on their own doorsteps. Inclusive of various sub-groups and fairly evenly balanced between Confederate and pro-Union dissident women, this fine anthology should serve as a highly useful survey history of how Texas women were affected by and contributed to the Civil War."--Civil War Books and Authors
"The essays collected in Women in Civil War Texas may be read merely for the sake of interest and pleasure, or they may be read for scholarly purposes. They are all well written; they are all extremely well documented, with extensive notes appended at the end of each—a good starting place for any student or professional scholar. This volume belongs in every college library, but it is also one that many readers will find personally desirable."--Review of Texas Books
"Whereas Texas women performed many of the same roles held by other southern women during the war, the diversity peculiar to Texas is noteworthy. Anglos, Tejanas, Germans, Unionists, slaves, refugees, as well as women living on the western frontier, made up the distinctive female population of Civil War Texas. . . . There is much to admire in this volume. The authors have recovered diverse sources and histories."--Texas Books in Review
"[A] welcome addition to southern women's history, Texas history, and Civil War history. . . . By putting Texas women at its center, it also demonstrates the diverse range of women's experiences that deepen our understanding of this unsurpassed national conflict."--Southwestern Historical Quarterly
"One of the book's major strengths emphasizes that the Confederate States were no more completely unified than the United States; not all women shared allegiance to 'the cause,' and their lives differed markedly from those of Southern loyalists. . . . This is a strong collection of essays."--Civil War Book Review
"With this indispensable anthology editors Liles and Boswell enhance the literature of several academic fields. . . . This unique book--enriched by detailed maps, rarely-seen photos of the women of the era, and memorable artwork--speaks to both the general and professional reader, confidently leads Civil War, Southern, and women's studies into new, invaluable but understudied landscapes of history, and challenges scholars and students to build on the impressive symphony of scholarship."--NYMAS Review
"Each essay in Women in Civil War Texas emphasizes a distinct perspective by discussing women who were white and black, German and Tejana, and Unionists or enthusiastic supporters of the Confederacy. . . . Liles and Boswell have produced a highly useful book that contributes substantially to discussions of the Civil War's social impact on the South. Its heavy reliance on primary sources makes it a valuable resource for scholars, and its style is such that it is accessible to both academics and a general audience. It is a beneficial and enjoyable read."--Journal of Southern History

"[T]he editors are to be commended for presenting accessible essays that are sure to provoke rich discussion in undergraduate and graduate seminars on Texas and Civil War history."--Central Texas Studies

"These essays highlight the difficulties women faced in Civil War Texas as well as their ingenuity in overcoming them. These women were resourceful, tenacious, and courageous."--Military History of the West

"Women in Civil War Texas is incredibly useful. Undergraduates and graduate students alike will appreciate its straightforward simplicity, finding the information in this book easy to digest, yet fascinating, and applicable in a wide range of courses, including those on the Civil War, Texas history, and/or women’s history."--H-Texas 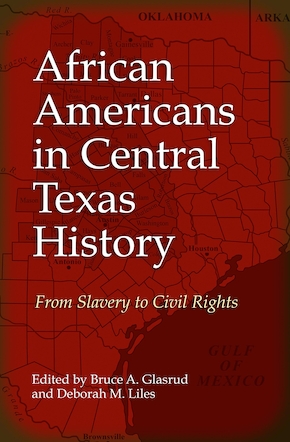 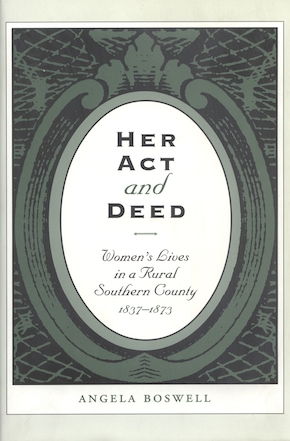