This historic collection, revised and expanded, is the most complete and authoritative history of the women who have contributed to the life of the Lone Star State. A compendium of authentic and detailed biographies based on historical sources, here is a rich tapestry woven from the polychrome backgrounds and ethnicities of Texas' women. Theirs is a legacy of gentleness to greatness, and their names are legend in the honor roll of Texas—from Jane Long, "The Mother of Texas," to Ann Richards. Henrietta King's name adorns a historic Texas ranch; Lizzie Johnson, Texas' eccentric cattle queen and financial wizard, lived like a miser in her old age but left a fortune in legendary diamonds and real estate; Babe Zaharias became a sports legend. These women's stories are tales of ingenuity, spirit, and entrepreneurial skills cast against the background of Texas history. From the 19th to the 20th century, Texas women have created a story of lives well spent and talents explored. They rode the cattle trails, wrote the books, painted and sculpted, and helped to govern their state, creating a legacy of "firsts": Mary Austin Holley, first woman to write a book about her adopted state; Miriam Amanda Ferguson, first woman governor elected in her own right; Barbara Jordan, first black woman from the South to be elected to Congress. Women in Texas collects the stories of the lives of the women who helped to create and nourish the life and the legend of the Lone Star State.<br>

The late ANN FEARS CRAWFORD wrote several books on Texas history including Texas Women: Frontier to Future, also with Crystal S. Ragsdale. She spent much of her time lecturing to women's groups, teachers, and librarians on the history, lives, and accomplishments of women in the Lone Star State.CRYSTAL SASSE RAGSDALE, a research historian and authority on 19th-century Texas, is the author of Women and Children of the Alamo and Texas Women: Frontier to Future, both by State House Press, and has also served on numerous editorial boards of organizations around the Lone Star State. 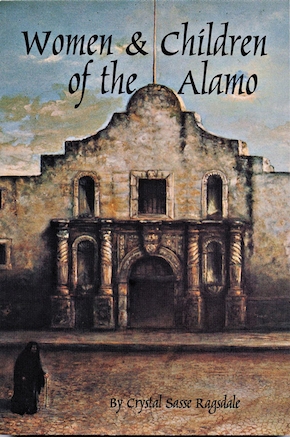 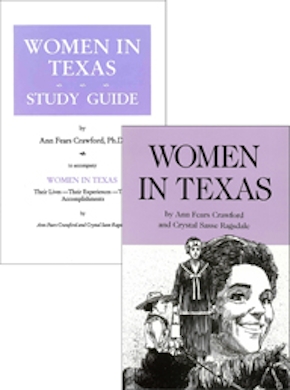 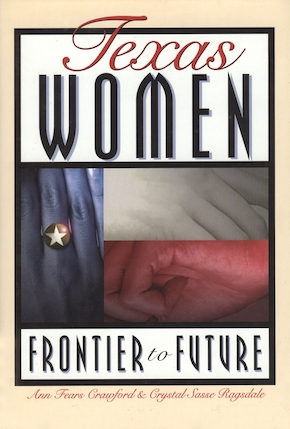