The stories in The Fire Doll investigate the notion that our experience can be richer, more inclusive, and sometimes more unsettling than the life prescribed by the normal daylight sense of reality.  American writing has often been engaged with elements of mystery and the uncanny, and the American Dream has always had its corresponding nightmare.  These stories feature haunted landscapes, places where violence and tragedy have left their marks: a man is subsumed by his vision of falling pine straw, a camera captures something the eye alone can’t perceive, and a dead girl leads an unsuspecting boy to a killer’s burial ground.  In the title story, a Houston homicide detective is haunted, literally and figuratively, by the death of his partner.  In order to redeem himself, he must hunt down her killer and confront his own complicity in her death.  Written in the tradition of dark American masters like Hawthorne and Henry James, the tales in this collection occupy the uncertain borderland between the living and the dead.

“Something on the far side of the stream caught his eye.  A woman – a girl, really – stood in the spot where the dog had vanished.  Even to the boy, the girl seemed instantly out of place. With her knees bent in toward each other and her long legs splayed out, there was something awkward or coltish about her.  She wore a top with horizontal black and white stripes, a short black skirt, fishnet stockings, and ankle-high black boots with pointed toes and spike heels. The boy squinted and cocked his head, uncertain of what he was seeing.  What was she doing there?  Her dark red hair, chopped off at asymmetrical angles, stuck up from her head in every direction. He couldn’t have been confronted by a stranger sight if Pinocchio or the White Queen had stepped suddenly out of the trees. The girl seemed, somehow, unstrung, the strength drained from her dangling arms and legs, and the boy thought of a marionette he’d once seen hanging from a peg on the wall of a puppet master’s shop. She stared dejectedly at the ground around her feet.” —from the book

JAMES ULMER’s collection of ghost stories, The Secret Life, was published by Halcyon Press in 2012. His fiction and poetry have appeared in The New Yorker, The North American Review, The Missouri Review, Crazyhorse, New Letters, The Texas Review and elsewhere. Ulmer was Writer-in-Residence at Houston Baptist University for many years and is currently Professor of English and Chair of the Department of English and Foreign Languages at Southern Arkansas University.

"[A] quality worth noting in these tales is how consistently they examine the imaginative process. Indeed, it is this process that often serves to introduce the element of mystery or transcendence in the piece. In Ulmer's work, making art opens doors...James Ulmer's volume is a valuable addition to this literary milieu." Robert Phillips, The University of Houston
"Here is a book to curl up with if you enjoy mystery, irony and ventures into the macabre, not only on a stormy night, any evening will be joyful diversion with the reading of these finely crafted stories. I first discovered Ulmer through his award-winning poetry, so I was not surprised to find throughout his fiction little gems of sublime imagery that could only come from the imaginative eyes of a master poet. With these stories, I would place him with the master story tellers." Dave Parsons, 2011 Texas Poet Laureate, author of Reaching For Longer Water
"I honestly have never read a book quite like this. Defying the snobbery of contemporary literary fiction, James Ulmer, in his collection The Fire Doll, harkens back to a time when fiction wasn't a chore to read, but a delight. Stop watching TV shows and read The Fire Doll. You will be glad you did." Eric Miles Williamson, author of East Bay Grease and Welcome to Oakland 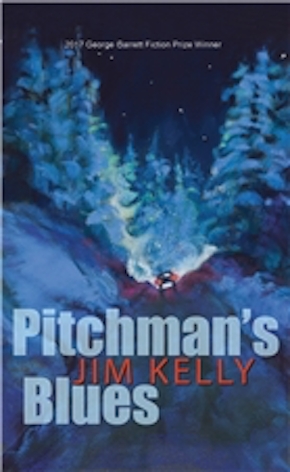