E. M. (Buck) Schiwetz (1898–1984) could be called a “favorite son” among Texas artists working in the twentieth century. Schiwetz ranks among the state’s best-known early artists, having left behind an important body of iconic Texas imagery produced over a prodigious career spanning some seven decades. Educated as an architect at A&M College of Texas, he parlayed this training with natural acumen to become a consummate draftsman, prominent illustrator, and celebrated artist.
In the mid-twentieth century, Schiwetz distinguished himself as an active participant in the rise of Texas art. As the Texas art scene experienced a period of dynamic growth and development, his artwork evolved across successive movements of Lone Star Impressionism, Regionalism, Modernism, and Expressionism. During his lifetime, the artwork of Buck Schiwetz arguably graced more publications than that of any other Texas artist. Featured in popular journals such as The Humble Way or published in the pioneering art books issued by academic presses at both the University of Texas and Texas A&M University, Schiwetz’s Texas imagery has long been employed to portray and celebrate Lone Star history and culture.
The Artistic Legacy of Buck Schiwetz provides a long-overdue examination of this important Texas artist and his legacy: the first authoritative treatment of Schiwetz’s career as both fine artist and accomplished illustrator, and the first scholarly examination of his full body of work.

WILLIAM E. REAVES is author, editor, or coeditor of Texas Art and a Wildcatter’s Dream; Of Texas Rivers and Texas Art; Sense of Home: The Art of Richard Stout; Ode to East Texas; King Ranch: A Legacy in Art; and The Art of Texas State Parks.

LINDA J. REAVES is coeditor or coauthor of Sense of Home: The Art of Richard Stout; Ode to East Texas; King Ranch: A Legacy in Art; and The Art of Texas State Parks. 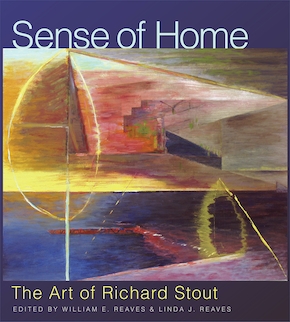