The saga of Caligula’s barges sunk in Lake Nemi south of Rome—how the huge vessels came to be there in the first place; why they became a cause célèbre for Mussolini’s
Fascist regime; how they were, after multiple attempts, recovered from the lake bed; and why they were shortly thereafter destroyed—is, in the words of author John McManamon, a good story that is worth telling: “It has memorable characters, twists and turns in the plot, no lack of conflict and tension, and a dramatic ending where something clearly went wrong.”

In From Caligula to the Nazis: The Nemi Ships in Diana’s Sanctuary, McManamon takes readers on an excursion through history to the fiery ending of the tale, a journey propelled by narrative energy and enhanced by the fruits of careful research. Related topics include Roman mythology and state religion, the erratic reign of the infamous Caligula, underwater archaeology as practiced during the Renaissance, the ideological exploitation of archaeology by Il Duce and his fascist followers, and a historical whodunit to ascertain the choices that led to the arson of the ship remains. McManamon covers every chapter in the 2,000-year history of the ships and does not ignore the mistaken interpretations that at times led subsequent researchers into blind alleys. In the end, From Caligula to the Nazis provides for both academic specialists and informed general readers the careful unwinding of a centuries-long mystery, replete with heroes, villains, gods, kings, and numerous ordinary folk swept up into the maelstrom.

JOHN M. MCMANAMON, S. J., is the author of Caligula’s Barges and the Renaissance Origins of Nautical Archaeology Under Water and “Neither Letters Nor Swimming”: The Rebirth of Swimming and Free-Diving. He is emeritus professor of history at Loyola University Chicago, a Fellow of the American Academy in Rome, and a Visiting Scholar in the Institute of Nautical Archaeology at Texas A&M University. 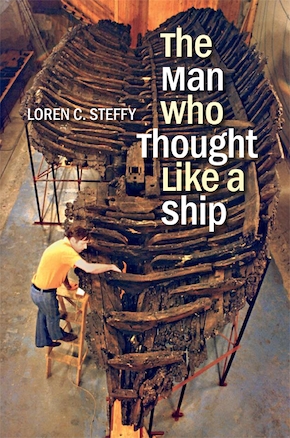