Sixteen South Texas women stand proudly in the public mural Mujeres a Través del Tiempo by Arnold Gonzáles Sr. housed on the campus of Texas A&M University–Kingsville. These women are pioneers; they are ranchers, educators, artists, politicians, and community activists; they are general and specific, known and unknown.

Inspired by the mural, this study assumes the biographer’s task: to fill in the gaps of knowledge between the figures as seen and the lives they lived, with their trials and triumphs. Assembled by editor Susan L. Roberson, this collection features essays on the lives of the women who are depicted in the mural, women who live or lived in the South Texas region between the Nueces River and the Rio Grande, particularly Kleberg, Kenedy, and Nueces counties. Situated near the boundary between Mexico and Texas, these women navigated more than geographic borders as they tested their place in economic, political, and artistic arenas long recognized as male domains.

Taken together, these biographical sketches contribute to a revision and reimagining of the history of South Texas and provide a corrective to an Anglo-dominated history of the area by showing how Tejanas found places of leadership and creative outlets. By sketching the contributions of female students at Texas A&M University–Kingsville, the final essay brings the collection to the present and forecasts a future where opportunities for women extend beyond borders.

SUSAN L. ROBERSON is Regents Professor of English at Texas A&M University–Kingsville. She is the editor of Essays Exploring the Global Caribbean, Antebellum American Women Writers and the Road: American Mobilities, and other books. 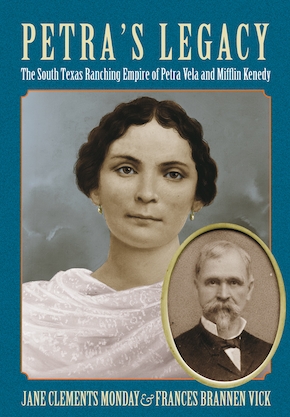