More than the lifeblood of our natural world, Texas rivers have nourished the human spirit for as long as people have gathered on their banks. A living bond has flowed between Texas writers and rivers ever since the 1960 publication of John Graves’s classic journey along the Brazos, Goodbye to a River.

Many of Texas’ leading writers have had their hearts captured by a river, and they have created sparkling accounts of the waterways they love. Now, editors Steven L. Davis and Sam L. Pfiester have assembled the best of those works into a revelatory collection of diverse literary voices.

Ranging from the desert canyonlands of the Rio Grande to the swampy Big Thicket, from crystal clear Hill Country streams to the Red River’s treacherous quicksand, Viva Texas Rivers! showcases many classic writings along with brand new essays written for this volume. The literary nonfiction is complemented by flashes of poetry that brilliantly reflect these curving ribbons of light.

Authoritative and expertly edited, Viva Texas Rivers! offers shimmering accounts of hidden paradises, as well as searing exposés of abuse and despoliation. Yet even in the bleakest times, as these writers have found, Texas rivers can bestow a sacred grace —and unexpected redemption.

Viva Texas Rivers! brings you as close to the living nirvana of a Texas River as you can get without launching yourself into a canoe and following a great blue heron as it glides just above the breaking rapids, leading you around the bend as the river flows onward toward the best places in our hearts.

STEVEN L. DAVIS is the literary curator of the Wittliff Collections at Texas State University. The author and editor of eight books, his literary honors include the PEN Center Award for Research Nonfiction. He is a past president of the Texas Institute of Letters. SAM L. PFIESTER is chair of the Wittliff Collections advisory council and is the author of four novels: The Perfect War, The Golden Lane, Solomon’s Temple, and Salt Creek. He is also the producer and screenwriter of the 2018 movie Blanche.

“As these poignant and personal reflections from so many of the state’s great writers reveal, the rivers of Texas, deep or shallow, in eddying pools or raging torrents, can carry a reader through any journey of geography or the imagination, all the long distance to the sea.”—Elizabeth Crook, acclaimed author of The Which Way Tree
“Davis and Pfiester have assembled a terrific collection of essays, histories, poems, celebrations, lamentations and personal recollections of Texas rivers. See and experience what explorers, kayakers, and the people who live nearby have discovered. Like polished river stones, each entry is a gem.”—Severo Perez, award-winning filmmaker and author
“This unique and remarkable book reveals an amazing array of our state’s best writing on Texas Rivers. It stretched my imagination and made me yearn to go find many of these incredible places, to try to feel the mystery and allure and sometimes wild terror that is still there, in the 21st century, if a soul is brave enough and curious enough to follow the clues.”—Thomas Zigal, prize-winning author of Many Rivers to Cross 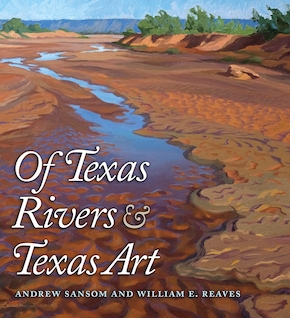 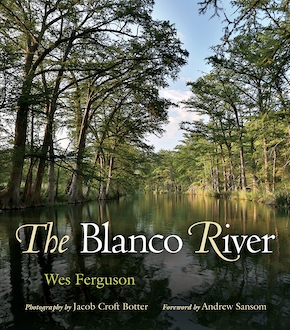