“A valuable read for anyone interested in Texas or Mexican history, as well as the Civil War, life on the frontier, and race relations.” —The NYMAS Review

“The Civil War on the Rio Grande is an unconventional history, but an informative one. Some of the chapters are written in academic style. These often make slow reading. Yet the result is rewarding. The book reveals the complexities of the war fought along the nation’s southern boundary.”—Galveston County Daily News

Long known as a place of cross-border intrigue, the Rio Grande’s unique role in the history of the American Civil War has been largely forgotten or overlooked. Few know of the dramatic events that took place here or the complex history of ethnic tensions and international intrigue and the clash of colorful characters that marked the unfolding and aftermath of the Civil War in the Lone Star State.

To understand the American Civil War in Texas also requires an understanding of the history of Mexico. The Civil War on the Rio Grande focuses on the region’s forced annexation from Mexico in 1848 through the Civil War and Reconstruction. In a very real sense, the Lower Rio Grande Valley was a microcosm not only of the United States but also of increasing globalization as revealed by the intersections of races, cultures, economic forces, historical dynamics, and individual destinies.

As a companion to Blue and Gray on the Border: The Rio Grande Valley Civil War Trail, this volume provides the scholarly backbone to a larger public history project exploring three decades of ethnic conflict, shifting international alliances, and competing economic proxies at the border. The Civil War on the Rio Grande, 1846–1876 makes a groundbreaking contribution not only to the history of a Texas region in transition but also to the larger history of a nation at war with itself. 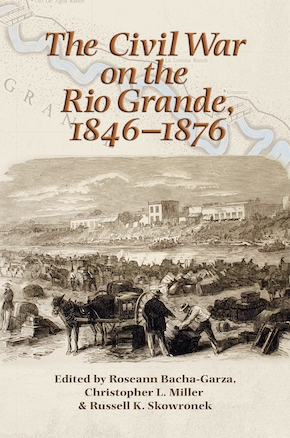