Even those who remember hearing those words may not remember that they came at the very end of a 45-minute speech primarily concerning Vietnam. Three months into an already tumultuous year, in the aftermath of the Tet offensive and facing a deeply divided country, President Lyndon Baines Johnson addressed the nation to announce new initiatives and appeal for public support. The speech of March 31, 1968 announced a bombing halt over much of North Vietnam, a limited troop increase rather than a major escalation, and his own decision to withdraw from the presidential race. Each of these decisions was unexpected, a major surprise that stunned the nation.

In Lyndon Johnson, Vietnam, and the Presidency, political rhetoric scholar David Zarefsky examines the three key announcements and how they fit together in the speech. In particular, LBJ’s announcement that he would not run for re-election gave the de-escalation measures more credibility because they could not be seen as political ploys.

Zarefsky traces the development of the speech through eleven drafts, reflecting disagreements and doubts among the writers and advisers. In turn, he sets these efforts in the larger context of the Cold War and the impact of the Tet offensive.

Drawing on archival sources and reflecting rhetorical insights, this book illuminates one of the most consequential speeches of the 1960s. Even though the fighting in Vietnam would continue for several more years, the course of America’s conduct in Vietnam was changed permanently by this speech.

DAVID ZAREFSKY is Owen L. Coon Professor Emeritus of Argumentation and Debate and professor emeritus of communication studies at Northwestern University. He is the author or editor of twelve books, including President Johnson’s War on Poverty: Rhetoric and History and Political Argumentation in the United States: Historical and Contemporary Studies. He resides in Evanston, Illinois.

“This book is essential reading for scholars interested in Lyndon Baines Johnson, Vietnam, and the Cold War.”—Congress & the Presidency 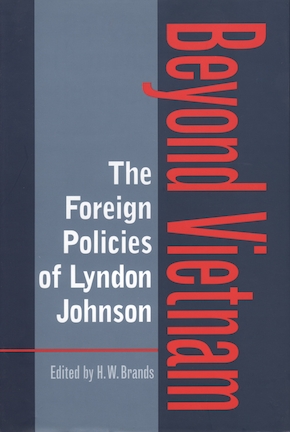 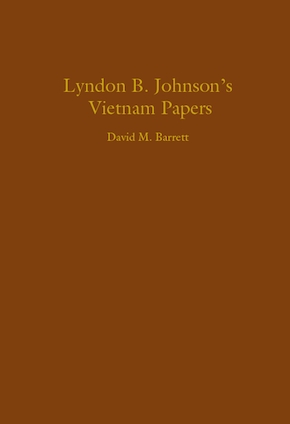