"Deserves a place alongside George Orwell’s 'Politics and the English Language'. . . . one of the most important political books of this perilous summer."—The Washington Post

Historic levels of polarization, a disaffected and frustrated electorate, and widespread distrust of government, the news media, and traditional political leadership set the stage in 2016 for an unexpected, unlikely, and unprecedented presidential contest. Donald Trump’s campaign speeches and other rhetoric seemed on the surface to be simplistic, repetitive, and disorganized to many. As Demagogue for President shows, Trump’s campaign strategy was anything but simple.

Political communication expert Jennifer Mercieca shows how the Trump campaign expertly used the common rhetorical techniques of a demagogue, a word with two contradictory definitions—“a leader who makes use of popular prejudices and false claims and promises in order to gain power” or “a leader championing the cause of the common people in ancient times” (Merriam-Webster, 2019). These strategies, in conjunction with post-rhetorical public relations techniques, were meant to appeal to a segment of an already distrustful electorate. It was an effective tactic.

Mercieca analyzes rhetorical strategies such as argument ad hominem, argument ad baculum, argument ad populum, reification, paralipsis, and more to reveal a campaign that was morally repugnant to some but to others a brilliant appeal to American exceptionalism. By all accounts, it fundamentally changed the discourse of the American public sphere.

JENNIFER MERCIECA is associate professor in the Department of Communication at Texas A&M University. She is the author of Founding Fictions and coeditor of The Rhetoric of Heroic Expectations: Establishing the Obama Presidency. She frequently appears as an expert commentator and consultant for national and international media outlets

“America's marketplace of ideas is the cornerstone of its democracy – or so we thought. Jennifer Mercieca shows that this assumption is being tested in the age of Information Warfare, where words become weapons. Brilliantly decoding Trump's strategic deployment of his rhetorical arsenal, Mercieca shows how Trump turns America's foundational pillar – speech – against its own underlying values. Her book is an eye-opening Rosetta Stone for deciphering – and countering – Trump's oratorical tactics as we approach the 2020 election.”— Asha Rangappa, senior lecturer at the Yale University’s Jackson Institute for Global Affairs and a legal and national security analyst for CNN
“From the moment Trump descended the escalator at Trump Tower, Jennifer Mercieca, like no one else, immersed herself in the rhetoric of Donald Trump, explicating in real time and with meticulous precision and clarity, how a bombastic pitchman emerged as America’s authoritarian PT Barnum, using nothing more than his weaponized words to transform a polarized and dispirited nation into his own reality TV show. This book is essential to understanding how he did it and the peril it poses for democracy.”—Jonathan Tilove, chief political writer, Austin American-Statesman
“A rollicking tour of Donald Trump and his rhetorical excess.  Jen Mercieca hits all of the high points.”—Roderick P. Hart, author of Political Tone: How Leaders Talk and Why
“There have been a number of books on the rhetorical presidency and on the rhetoric of presidents in our field. There are a small but growing number of books on conservatives and conservatism in our field. But what Mercieca is doing here is synthesis in public voice, and that is SIGNIFICANT. That is, rhetoric scholars are not the people who need convincing, but they are people who need solid strategies and a reminder that their degrees are of significant worth right now. Non-expert publics need a vocabulary and a “way in” to this conversation. In Demagogue for President, Mercieca provides both. Her work over the last four years has already been cited by a variety of other scholars. Her work in popular press outlets has tremendous reach. In that regard, the book is the cherry on top—it already has so much hype, people will buy it and read it and teach it and talk about it.”—Anna M. Young, Professor and Chair, Department of Communication, Pacific Lutheran University 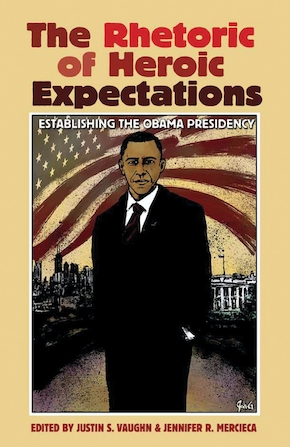 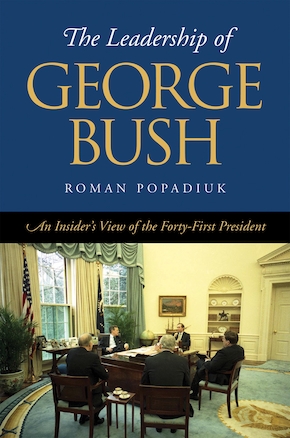