No one who has seen the iconic photograph can ever forget its emotional pull: a grinning Gene Stallings, hoisted into the air at midfield in the arms of his lifelong mentor, Paul “Bear” Bryant, moments after the final gun sounded for the 1968 Cotton Bowl. Stallings’s upstart Aggies delivered an unbelievable upset of Bryant’s Crimson Tide, a team that had dominated its SEC rivals under the leadership of a young quarterback who later achieved NFL fame, Kenny “Snake” Stabler.

Yet the famous image captured on that memorable day is merely the culmination of a greater story. In Bebes and the Bear: Gene Stallings, Coach Bryant, and Their 1968 Cotton Bowl Showdown, Ron J. Jackson Jr. unpacks for readers the heartwarming journey of two coaches and their lifelong mutual respect and admiration. From the rocky, drought-plagued practice fields in Junction, Texas, in the summer of 1954, through the memorable 1967 autumn campaign that led both coaches to their highly publicized Cotton Bowl matchup, Jackson chronicles the story of Bryant, Stallings, and the two storied football traditions that bound them together.

Based on hours of interviews with Stallings, his players, and other eyewitnesses and painstaking research in the archives at both Texas A&M University and the University of Alabama, Jackson has reconstructed the pivotal moments of play, the coaching decisions, and the athletic heroics that combined to create one of the most unforgettable moments in college football history.

RON J. JACKSON JR. is a bestselling author, historian, and former award-winning journalist. He is the author of Fight To The Finish: “Gentleman” Jim Corbett, Joe Choynski, and the Fight that Launched Boxing’s Modern Era, and Joe, the Slave Who Became an Alamo Legend, which won the prestigious Award of Merit for nonfiction from the Philosophical Society of Texas. He lives in Binger, Oklahoma.

“If you don't remember the 1950's, the Junction Boys, Gene Stallings or Paul Bryant, this is your ideal chance to catch up. Theirs is a story unique in college football lore, Bebes and the Bear. No, not the mentor and pupil, that one is fairly common in sports. Ron Jackson has recaptured with rich detail and clarity their bond, two of a kind, in which one becomes the other. Stallings grew into Bryant's body, his voice, his walk and his legend. The Aggies under Stallings won their first conference title in 11 years, since Bebes was a tri-captain on Bear's unbeaten '56 team. The Aggies upset Bama in the Cotton Bowl and the Bear carried Bebes off the field. In 1992, the Crimson Tide won a national title under Stallings, 11 years after Bryant's death.” —Mickey Herskowitz, sports journalist and author of Mickey Mantle: Stories and Memorabilia from a Lifetime with the Mick, and many other books.
“This will rank among the best books about Texas sports history, especially football. It is packed with drama, iconic characters, and the inside story of power collegiate athletics.”— Dan K. Utley, author of Links to the Past: The Hidden History on Texas Golf Courses
“A nice walk to a simpler time. As you read this, it's easy to see and feel the caring and respect Coach Stallings and Coach Bryant had for each other. It was more like a father/son relationship than a mentor/pupil. It was so much fun to be a small part of it.” —Edd Hargett, former Texas A&M University football quarterback who went on to play professionally for the New Orleans Saints and Houston Oilers 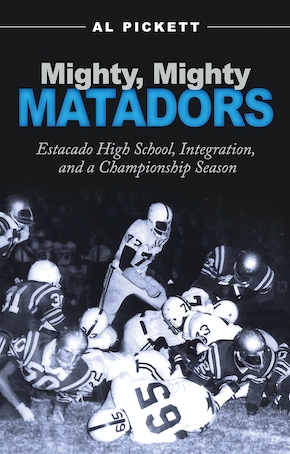 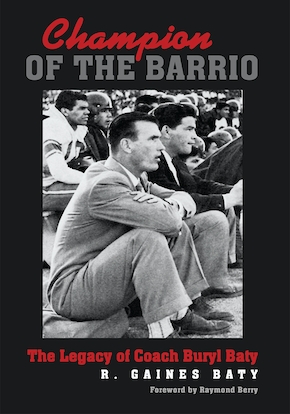