The mountains, valleys, forests, and sands of 1940s New Mexico served as a picturesque backdrop to the dawn of the Atomic Age, the land’s natural beauty coexisting with secretive, nuclear development. Today, nuclear tourists and nature tourists travel a shared path through the state as the history of the bomb is commemorated at official sites, often alongside monuments to natural preservation: Trinity Site, bordered by the Bosque del Apache National Wildlife Preserve; Los Alamos, wedged between Valles Caldera and Bandelier National Monument; and the Waste Isolation Pilot Plant, across from Carlsbad Caverns.

More than just a glimpse into the history of the atomic bomb and the tourism it spawned within New Mexico, Nuclear New Mexico also examines the impact of nuclear testing within the rise of environmentalism. As readers explore New Mexico’s landscape and its history, they will recognize familiar uncertainties and concerns about their own special places on the planet as societies adapt to rapidly altered landscapes.

M. JIMMIE KILLINGSWORTH is the author of twelve books on American literature, rhetoric, and environmental studies. He is the series editor for The Seventh Generation: Survival, Sustainability, Sustenance in a New Nature and is professor emeritus and former head of the English department at Texas A&M University. He resides in El Prado, New Mexico. JACQUELINE S. PALMER is the coauthor, with Killingsworth, of the award-winning Ecospeak: Rhetoric and Environmental Politics in America. Before retiring, she taught technical writing and editing in the English department at Texas A&M University, where she served as associate director of the writing programs office and assistant to the director of the department’s institutional assessment program. She lives in El Prado, New Mexico. JAMES E. FROST is a professor in the writing and language studies department at the University of Texas Rio Grande Valley, where he teaches rhetoric and writing. His award-winning photographs are also included in the permanent collections of Frost National Bank, Rio National Bank, Governors State University, and Prairie State College. He lives in Harlingen, Texas. 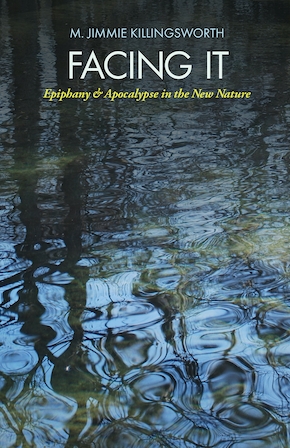