Beginning in 1943, US Army leaders such as John M. Palmer, Walter L. Weible, George C. Marshall, and John J. McCloy mounted a sustained and vigorous campaign to establish a system of universal military training (UMT) in America. Fearful of repeating the rapid demobilization and severe budget cuts that had accompanied peace following World War I, these leaders saw UMT as the basis for their postwar plans. As a result, they promoted UMT extensively and aggressively.

In Every Citizen a Soldier: The Campaign for Universal Military Training after World War II, William A. Taylor illustrates how army leaders failed to adapt their strategy to the political realities of the day and underscores the delicate balance in American democracy between civilian and military control of strategy. This story is vital because of the ultimate outcome of the failure of the UMT initiative: the birth of the Cold War draft.

WILLIAM A. TAYLOR is an assistant professor of security studies at Angelo State University. A graduate of the United States Naval Academy, he previously served in the US Marine Corps.

"This book is very readable, deeply researched, and cogently argued. While many other works largely focus on either the post-World War II integration issue, the draft from WWII through Vietnam, or the later advent of the AVF, Taylor's concentration on the UMT is most welcome. Taylor should be commended for producing a meaningful, timely, and well-crafted history."--William T. Allison, Harold K. Johnson Chair in Military History, US Army War College and Professor of History, Georgia Southern University
"William Taylor's book fills a gap in American military historiography and makes an important contribution to the debate over military manpower policies after World War II. Taylor also adds a voice of caution to current deliberations over the concept of national service. Every Citizen a Soldier is a valuable addition to modern US military history."--Peter R. Mansoor, General Raymond E. Mason Jr. Chair of Military History, The Ohio State University
" . . . a thoroughly researched and insightful look at an important 'road not taken' in American military history, one that continues to influence military manpower policies down to the present day"--Ronald Spector, Professor of History and International Relations, George Washington University
“Bill Taylor’s book is a must-read for anyone concerned about how to deal with the gap between the U.S. military and the population that it defends.”—Lawrence Korb, Former Assistant Secretary of Defense for Manpower, Reserve Affairs, Installations and Logistics
“This tightly written study of a largely forgotten, decades-long campaign for universal military training (UMT) is a cogent reminder of the dramatic shifts in US attitudes about military service since 1945. Taylor succeeds admirably in dissecting the threads of the national debate.” — Choice Magazine
"Tightly argued narrative contextualized in the era of the early Cold War. Taylor explores not only the proposed implementation of UMT by military leadership, but also counter-arguments from diverse constituencies that ultimately bogged down its progress (including President Truman’s belief that it could benefit American socially, rather than militarily), leading to the selective service drafts of the subsequent decades. Every Citizen a Soldier is a very accessible, strongly researched, evocative history that certainly promotes notions of individual liberty, civic virtues, and constitutional principles as seen through debates over the relative merits of UMT as they pertained to uniquely American concerns of citizen armies and national security."—Adam Criblez, Director of the Center for Regional History at Southeast Missouri State University, and an Assistant Professor of History
" . . . provides deep and thoughtful insights into American attitudes toward personnel policy and the way that policy changes as various parts of the American system interact with it."--Michael Neiberg, Proceedings
“Taylor has produced an immensely informative and insightful book for senior military professionals. . . Taylor’s work serves as an important contribution to understanding the nature of policy formulation for the security of the Republic.”—Parameters
“. . . will instruct anyone wishing to know more about the evolution of early Cold War military manpower policies. Every Citizen a Soldier explains how a sweeping policy proposal gained some traction with a swath of the American populace but fell short of becoming an established operational program. As a bonus, Taylor looks at the views not only of major military and political players but also of those outside the traditional power structures: labor leaders, minority groups, and ordinary civilians concerned with the nation’s military policy.”—Michigan War Studies Review
"UMT has received very little scholarly attention. William A. Taylor's Every Citizen a Soldier, the first book-length treatment of the movement to establish UMT after World War II, goes a long way toward filling this void. The story of UMT is an important, relevant one given recent calls by some leaders for just such a program. Taylor's book is well written and annotated. I recommend it to military historians, to anyone interested in military training or personnel policy, and to a general readership who might want to ponder what responsibilities being an American citizen should entail." — American Historical Review
"Every Citizen a Soldier is a lively telling of an unexplored moment in US history. Its narrative is interesting and accessible to a broad audience. It has particular value for readers involved in the age-old challenge of military manpower. UMT stands in stark contrast to the All Volunteer Force of today, and Every Citizen a Soldier reveals surprisingly relevant concerns expressed by postwar leaders about the issues that a less "democratic" fighting force might face. US military historiography often falls victim to rehashing the same tired debates, but Taylor's work tackles a fresh subject in a way that makes it remarkably applicable for current discussions of military policy." — Air Force Research Institute
“This book is a well-written, fascinating look at a step not taken by the United States.… Those interested in American policy making and social history will have an enjoyable read, as they turn the pages of this book.” — Journal of America’s Military Past 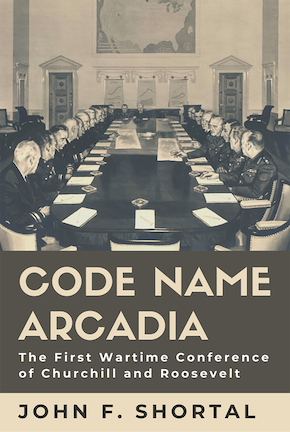