A must-read for Gulf Coast scientists, naturalists, and residents . . .
From Florida to Mexico and along the shores of Cuba, the coasts of the Gulf of Mexico are vulnerable to sea-level rise because of their fragile and low-lying shorelines and adjacent coastal environments. In addition to wetlands, river deltas, beaches, and barrier islands, millions of people who live and work along the Gulf coast are susceptible to the affects of both intense storms in the short term and a gradual rise in sea level over the longer term.

While global warming headlines any current discussion of this topic and is certainly a major factor in sea-level change, it is not the only factor. Earthquakes and other crustal shifts, the El Niño/La Niña phenomena, river impoundment and sedimentation, tides, and weather can all affect local, regional, and global sea levels.
In Sea-Level Change in the Gulf of Mexico, Richard A. Davis Jr. looks at the various causes and effects of rising and falling sea levels in the Gulf of Mexico, beginning with the Gulf’s geological birth over 100 million years ago, and focusing on the last 20,000 years, when global sea levels began rising as the glaciers of the last major ice age melted. Davis reviews the current situation, especially regarding beach erosion and loss of wetlands, and offers a preview of the future, when the Gulf Coast will change markedly as the twenty-first century progresses.

Amply illustrated and written in a clear, straightforward style, Sea-Level Change in the Gulf of Mexico is a valuable resource for anyone who cares deeply about understanding the past, present, and future of life along the coast of the Gulf of Mexico.

Richard A. Davis Jr. is distinguished university professor emeritus at the University of South Florida and a professor and research associate at the Harte Research Institute for Gulf of Mexico Studies, Texas A & M University, Corpus Christi.

"The text is well written and passionate, and is amply and beautifully illustrated with photographs, maps, and graphs, many in color. Each chapter includes important readings for further study. A valuable resource for anyone interested or invested in the future of the Gulf Coast."--P.R. Pinet, Colgate University, Choice Magazine 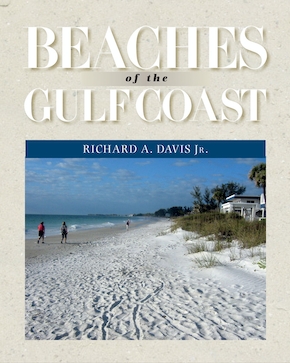