“Arizona was, I knew, a land of cowboys and Indians, and both ranked high in my esteem. It was also where our father lived, and even though our mother had divorced him after he wandered off and didn’t return, we knew he was somewhere in Arizona and always hoped he’d come and take us there.” So writes Don Worcester, and for everyone else who ever dreamed of riding off to the West his tales will hold the poignancy and truth of that dream.

Worcester, his brother and sister lived most of their childhoods with their grandparents on “the homestead” in the Southern California desert, scraping by during the Great Depression. Some seasons they joined their mother, who was creating an academic career as an astronomer. Those times with her—in Berkeley, Winter Park, Florida, or Poughkeepsie—were welcome respites in the hard routine of life. Most days, though, were spent on the homestead doing chores or at school.

But there were horses. Some wild, some tame. All teasing with a freedom and a power that kept hope alive. There were friends, like A.P. Aldrich, the surrogate father who told the boys they could amount to something. There were escapades with brother Harris. And there was the day their father showed up at school—driving a powerful, shiny late-model car—for a half-hour visit.

With understated narrative and vivid detail, Worcester spins tales of childhood and growing up between the two World Wars, of the West lived as both fact and myth, of family and loneliness. It is sprightly telling of a most human story, a nostalgic memoir of an unusual rite of passage, evoking times and places that today have reality only in the mythos of the American Dream.

DON WORCESTER, born in Tempe, Arizona, received the B.A. degree from Bard College and the M.A. and Ph. D. from the University of California, Berkeley. He has published extensively on Latin American history and on the history of the American West. His books include children’s books and historical fiction as well as scholarly history. He has served as president of Western Writers of America, the Western History Association, and Westerners International and has won two WWA spurs and the 1988 Saddleman Award. In 1987 Texas A&M University Press published his The Texas Longhorn: Relic of the Past, Asset of the Future. He is Ida and Cecil Green emeritus tutor at Texas Christian University, where for nine years he chaired the history department. 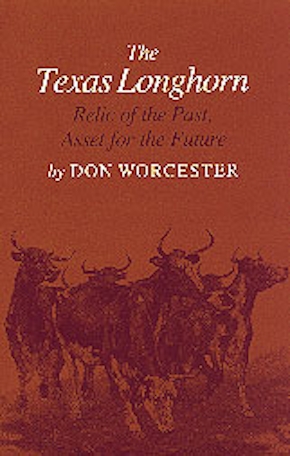