Within these pages the reader will meet a nineteen-year-old Texas Ranger figuratively dying to shoot his gun. He does get to shoot at people, but soon realizes what he thought was a bargain exacted a steep price. Another tale is of an old-school cowman who shut down illicit traffic in stolen livestock that had existed for years on the Llano Estacado. He was tough, salty, and had no quarter for cow-thieves or sympathy for any mealy-mouthed politicians. He cleaned house, maybe not too nicely, but unarguably successful he was. Then there is the tale of an accomplished and unbeaten fugitive, well known and identified for murder of a Texas peace officer. But the Texas Rangers couldn't find him. County sheriffs wouldn't hold him. Slipping away from bounty hunters, he hit Owlhoot Trail.

BOB ALEXANDER began a policing career in 1965 and retired as a special agent with the US Treasury Department. He is the author of Rawhide Ranger, Ira Aten (winner of WWHA Best Book Award); Riding Lucifer's Line: Ranger Deaths along the Texas-Mexico Border; and Winchester Warriors: Texas Rangers of Company D, 1874–1901, all published by UNT Press. He lives in Maypearl, Texas.

"Bob Alexander is at his best, relating lawman/outlaw tales in his breezy, colloquial style. Bob's focus is on the outlaws and lawmen unfamiliar to most readers, although they seem as courageous and quick-triggered as many gunmen who are far better known. Scattered throughout the manuscript are such notables as Wes Hardin, Jim Miller, Bob Meldrum, Frank Hamer, and others who offer connections to a more familiar West. Alexander's book is artfully done, filled with action and adventure."—Bill O'Neal, State Historian of Texas and author of The Johnson-Sims Feud

"Bob Alexander knows how to tell a tale, knows how to bring history to life. Especially stories of early-day Texas Rangers. Bad Company and Burnt Powder consists of twelve separate, well-researched, but heretofore untold stories of lesser known Texas Rangers, other lawmen and desperadoes—of fascinating episodes of justice and injustice on the nineteenth century Texas Frontier."— Bill Neal, award-winning western historian and author of Vengeance Is Mine: The Scandalous Love Triangle that Triggered the Boyce-Sneed Feud

"The frontier southwest took a lot more taming that most other areas in the 19th  century. Numerous characters, both good and bad, but all adept at handling a sixgun and Winchester, flourished, making their individual marks in a time of frequent violence and vengeance. Bob Alexander, in his inimitable style, brings these men to life in the context of the times in which they lived—most unknown today, but  nevertheless important to an understanding of those times. Lawmen, Texas Rangers, and outlaws are highlighted in this excellent anthology by one of the more outstanding western historians, and well worth a read."— Rick Miller, author of award-winning Texas Ranger John B. Jones and the Frontier Battalion, 1874-1881

"Once again historian Bob Alexander has captured the essence of tough as nails lawmen and mean as hell outlaws.  These enthralling tales demonstrate the grim realities of law versus justice (and the lack thereof) in vivid fashion."—David Johnson, author of The Horrell Wars and John Ringo, King of the Cowboys

"The dozen characters outlined here provide fascinating reading. Some are admirable, such as the boys of the Aten family who survived their years as Rangers; others are not admirable, such as Alf Rushing and John Kinney. . . . [I]t may be Alexander's best work."--Wild West History Association Journal
"A must read. . . . Alexander digs deep into the annals of Texas history and has come up with a well-written, authoritative study of Texas that goes way beyond the obvious culprits: John Wesley Hardin and Sam Bass. Unsung heroes abound."--WWA Roundup Magazine
"This book touches on and introduces numerous issues of law and order, the men who tried to enforce it, and the techniques they employed. It is a sweeping primer on law in the Southwest."--Journal of Arizona History
"This book will be read by Wild West aficionados and research historians of the American Southwest, the former because of the storytelling and the use of photographs, and the latter due to the extensive, far-reaching notes (seventy pages)."--Southwestern Historical Quarterly 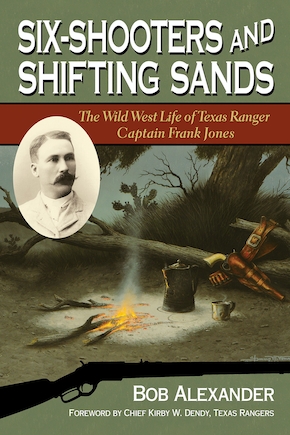 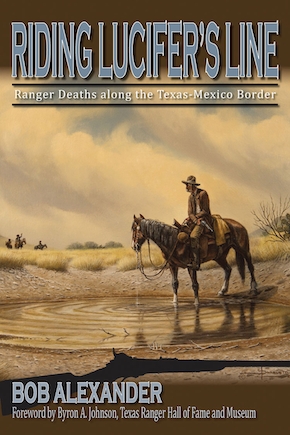 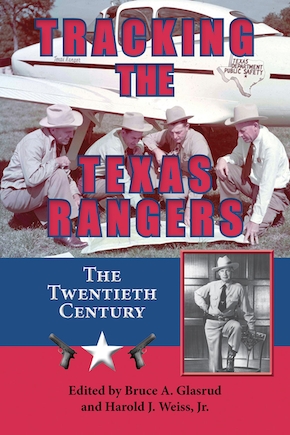 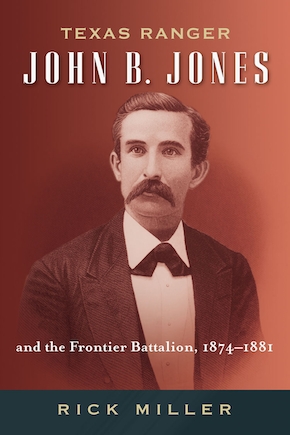