Starting in 1916, Texans built seventeen four- and five-masted sailing ships out of East Texas pine, making a significant contribution in World War I. The ships' careers carried them to Europe, South America, both American coasts, and even eighty miles up the Danube River.

In Wooden Ships from Texas, Richard W. Bricker brings to light this fascinating, but little-known, period in Texas maritime history. Bricker unearthed a considerable quantity of archival material, allowing him to describe them and make at least a partial career tracking of each vessel.

The first ship built was the City of Orange, and her irascible captain provided a memorable maiden voyage from Orange, Texas, to Genoa, Italy. Official documents told a story of events like those found in sea fiction: shanghaiing, cruelty to seaman, excessive drinking, and pistol waving. A rare story is told, too: an order to jettison part of the cargo with no apparent good cause.

Out of fourteen ships builit at one shipyard, four burned and one was sunk by a U-boat off the coast of Spain. These losses did not spell total disaster for the fleet, however. Only three lives were lost and a significant quantity of cargo had been delivered to Europe by some of these ships before tragedy struck. Only one of the other nine vessels burned after being transferred

to the Italian flag. Two other vessels were lost at sea after leaving Texas Registry.

For each vessel, Bricker provides a description; narratives of the ship's career; and selected photographs of construction, launching, and anchored views. Because no known photographs of the vessels under sail survived, Bricker himself has painted these views.

Bricker's engaging and informative text, which also covers a massive effort to build wooden steamships in Texas for the war, will interest Texas history, maritime history, and World War I enthusiasts as well as ship hobbyists.

Richard W. Bricker, an avocational historian of Texas sailing vessels and a recreational sailor, received a B.S. in mechanical engineering from the Rose Hulman Institute of Technology. He spent most of his career at the Johnson Space Center, performing spacecraft and commercial aircraft fire research. He lives in Shoreacres, Texas. 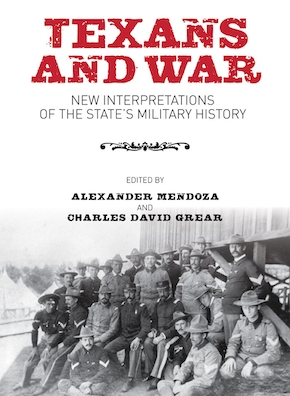