Whether sprawled on barstools or preaching from pulpits, people need to make sense of their world, and in Jim Sanderson’s world of West Texas, pulpits and barstools are where many of them do so. Sanderson himself stood for many years at a podium, teaching at a community college in Odessa, Texas. There, tired of academic papers and sometimes losing the distinction between fiction and nonfiction, he turned to the world around him to figure out the meaning (or meanings) of education and of culture itself.

In a series of autobiographical ruminations, Sanderson develops the theme that frontier wildness is still alive, especially in West Texas, though it may be repressed by fundamentalist religion and conservative politics. West Texans, he finds, have to reconcile the two sides of their contrary natures: the farmer, best represented by the fundamental church, and the frontiersman, best represented by the sleazy bar.

Through this theme of internal conflict, Sanderson weaves his experiences of art and censorship, Texas myths in film and fiction, the interaction of Hispanic culture with the culture of West Texas, contradictions posed by academic interests in vocational teaching institutions, intellectual elitism versus the real world, and West Texas women’s definition and self-definition. Through the examples of his students, he shows how the quest for the West Texas myth—freedom, liberation, and fulfillment—is always transforming, whether for good or bad.

In the end, he recognizes that his insights may tell more about himself than about West Texas, but by trying to make meaning out of his experience, he tells us something about the way all of us learn and think about ourselves.

Jim Sanderson is professor of English at Lamar University in Beaumont, Texas. His short story collection Semi-Private Rooms won the 1992 Kenneth Patchen Prize, and his essays have appeared in numerous literary journals. His novel El Camino de Rio, which won the Frank Waters Prize, will be published in 1998.

“Sanderson is a provocative essayist . . . Sanderson’s anecdotes expose the foibles of college administrators and oil patch trash, students and free-enterprisers, hypocritic zealots and drunks, and they are as instructive as they are entertaining. . . . Though often light-hearted, A West Texas Soapbox is not superficial criticism. It is reasoned, judicious, and, above all downright interesting.”--Jerry Bradley 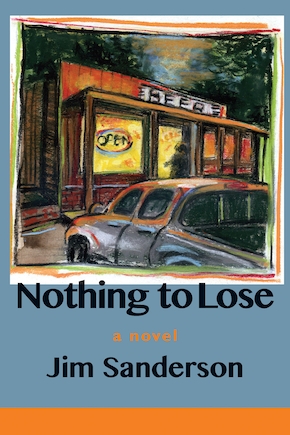