Cabeza de Vaca’s mode of transportation, afoot on portions of two continents in the early decades of the sixteenth century, fits one dictionary definition of the word “pedestrian.” By no means, however, should the ancillary meanings of “commonplace” or “prosaic” be applied to the man, or his remarkable adventures. Between 1528 and 1536, he trekked an estimated 2,480 to 2,640 miles of North American terrain from the Texas coast near Galveston Island to San Miguel de Culiacán near the Pacific Coast of Mexico. He then traveled under better circumstances, although still on foot, to Mexico City.

About a year later, Cabeza de Vaca returned to Spain. In 1540, the king granted Cabeza de Vaca civil and military authority in modern-day Paraguay. After arriving on the coast of Brazil in 1541, he was unable to find transportation by ship to the seat of his governorship. He then led a group of more 250 settlers through 1,200 miles of unchartered back country, during which he lost only two men.

Cabeza de Vaca’s travels are amazing in themselves, but during them he transformed from a proud Spanish don to lay advocate of Indian rights on both American continents. That journey is as remarkable as his travels. It was this “great awakening”  that landed him in more trouble with Spaniards than Indians. Settlers at Asunción rebelled against the reformist governor, incarcerated him, tried to poison his food on two occasions, and finally sent him to Spain in irons. There he was tried and convicted on trumped-up charges of carrying out policies that were the exact opposite of what he had promoted—the humane protection of Indians.

This book examines the two great “journeys” of Cabeza de Vaca—his extraordinary adventures on two continents and his remarkable growth as a humanitarian.

Donald E. Chipman is Professor Emeritus of History at the University of North Texas. Chipman is a Fellow of the Texas State Historical Association, and he served as an advisory editor and contributor to the New Handbook of Texas.  His previous publications include the award-winning Spanish Texas, 1519–1821. 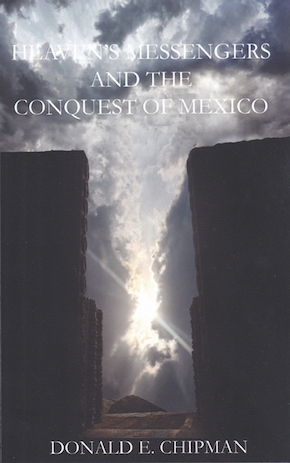