Hurricane Katrina struck the Louisiana Gulf Coast in late August of 2005. In the aftermath of the category-three hurricane, the churning waters of Lake Pontchartrain tore through the levee system of New Orleans, causing unprecedented flooding and stranding those who had failed to evacuate in time. Images of desperate men and women clinging to rooftops and praying for rescue filled every news station. It is in this setting that Thomas Zigal’s new novel unfolds.

With water rapidly rising to alarming heights and contaminated by filth, the only way in or out of New Orleans is by boat. Hodges Grant, a veteran of Vietnam, must ply the fetid waters in a homemade craft in order to reach his stranded daughter and two grandchildren. Accompanied by his grandchildren’s good-for-nothing father Duval, Hodges enters into the treacherous wreckage left by the storm. The city appears to be deserted except for a few police out to commandeer civilian boats—by force, if necessary.

Deirdra, or Dee as she is known, was hardly daunted by the idea of a hurricane. There had been too many false alarms in the past from government officials. Still, for the sake of her two children, Dee had attempted to evacuate, only to turn back as gangs of armed highjackers pulled hapless drivers from their cars in gridlocked traffic. Now she and her children are stranded in their attic as the water laps at the hatch. They can only hope for Hodges’s swift arrival.

Hodges’s son PJ and eight thousand other inmates remain incarcerated in the Orleans Parish Jail as the waters begin to rise. Abandoned by the guards, the inmates must break through the bars of their cells or drown. They discover armed guards calmly waiting in boats outside; they pull a few inmates to safety and threaten to shoot those who rush for the fence.

As the waters advance through the city of New Orleans, so does Zigal’s story. Told through the eyes of each member of the Grant family, Zigal weaves a tale bound by terror, loss, perseverance, and survival.

THOMAS ZIGAL is the author of the critically acclaimed Kurt Muller mystery series, which includes Into Thin Air, Hardrock Stiff, and Pariah. His latest novel is The White League, which is the first volume of his New Orleans trilogy; Many Rivers to Cross is the second. A former vice president of the Texas Institute of Letters, he holds an MA degree from the Stanford Writing Program and is a member of the Authors Guild, the Mystery Writers of America, and the Writers League of Texas. Zigal has lived in many places including San Francisco, Aspen, Lafayette, Louisiana, New Orleans, and Switzerland, each of which have significantly impacted his works. Zigal currently lives in Austin, Texas.

“What a really good novel this is; crisp and dramatic, restrained and finely-tuned, immensely readable – and smart; in the way superb novels ought to be:  personally useful in understanding the otherwise inexpressible.”—Richard Ford
“Thomas Zigal is the real deal in every sense – a real storyteller who writes with enormous craft and boundless compassion. Many Rivers to Cross, about the aftereffects of Hurricane Katrina, is suspenseful and deeply compelling – Zigal at his best, which is very, very good indeed.” --Scott Turow, author of Presumed Innocent and Reversible Errors
“This novel is awe-inspiring. With the agony and passion of a native son, Thomas Zigal has entered New Orleans’ heart of darkness after Katrina, after the flood.  Zigal has been a superb writer of fiction for a long time, and his story of people flung awash and fighting for their lives in a place completely transformed is brave, frightening, and so dramatic that at times you have to get up and walk around the room.  Joseph Conrad would have been proud to have his name on this.”—Jan Reid, author of Comanche Sundown and Let the People In: The Life and Times of Ann Richards 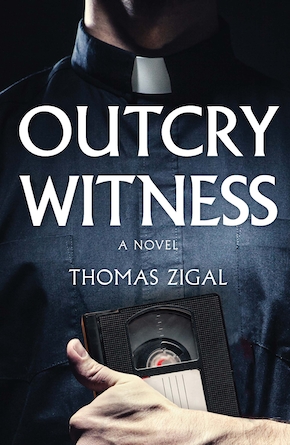 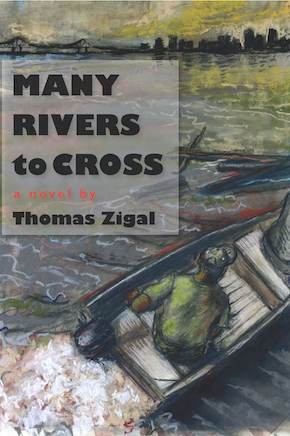