Since he first began writing in the 1950s, Dr. Paul F. Boller Jr. has had a passion for sharing the humorous, intriguing, and little-known or widely misunderstood aspects of the American presidency. Boller has authored many beloved books on American presidents, the first ladies, presidential anecdotes, quotes, campaign strategies, and common myths.

This wide variety of topics has been collected for the first time in Essays on the Presidents, along with new essays and forewords. Boller's prose, distinct and inviting, causes the reader to see what is often overlooked in the history of American presidents: their humanity. Boller has searched for those patriotic narratives we have all heard at some point in our lives—whether from our schoolteachers, coworkers, or various trivia books—and corrects the misconceptions many Americans deem as truth in a lighthearted and truly characteristic voice. From Washington's relationship with the Jews to the electioneering and stump-speaking associated with American presidential campaigns, readers will not only see the significant changes in the presidential office since its conception, but also Boller’s lifetime of research and his expertise in the field of American history. Personality—of the most interesting presidents and of Boller himself—is an important theme throughout this collection.

The in-depth retelling of treasured American stories will captivate readers and keep them exploring for more nuggets of truth. Boller tracks the relationship between Americans and the presidents, uncovering the intricate nature of presidential responsibilities and the remarkable men whose leadership shaped the office into what it is today. Celebrating the commanders-in-chief and the career of the nationally-recognized American historian and TCU Emeritus Professor of political science, Essays on the Presidents serves as a unique perspective on American history that fans of both Boller and the presidents will enjoy. 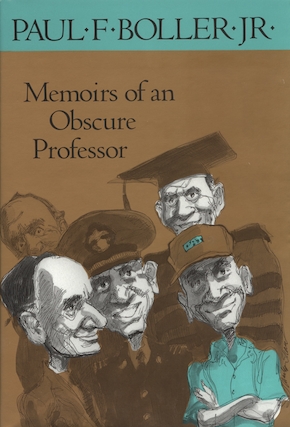