The fifth in the "Literary Cities" series, Literary Houston gathers together historical and contemporary writing about this Texas city that everyone loves to hate. Rather than organize the pieces chronologically, Editor David Theis has assembled works according to themes such as biography and memoir; visitors; the city itself; events; poetry; and fiction. From Cabeza de Vaca’s early experiences to the Enron debacle, Theis presents Houston in a new, critical light.
After the Battle of San Jacinto, perhaps no one but the Allen brothers, land speculators from New York, could have imagined a city growing on the forlorn banks of Buffalo Bayou. But in what was the city’s first, but certainly not last, work of fiction, they sold their vision of a great city growing in a place that "Nature appears to have Designated… for the future Government. It is handsome and beautifully elevated, salubrious and well watered." Well, Houston is well watered. Undeterred by the mosquitoes and the general swampiness of the land, Houston grew immediately and attracted such pen-in-hand nineteenth-century visitors as Frederick Law Olmstead and Andrew Sweet. The city has been the subject of sometimes appalled, sometimes thrilled commentary by passsers-through ever since; such vistors as H.L. Mencken, Jan Morris, Stanley Crouch, Norman Mailer, Ada Louise Huxtable, and even Simone de Beauvoir have reported on what they found.
But it’s in the stories of Houstonians themselves (even the temporary Houstonians) that the city’s reason for being best comes into focus. It’s been a city of driven, ambitious people who often made an early mark here and moved on: Howard Hughes; Barbara Jordan; Walter Cronkite; the two Albert Guerards, father and son; and musicians like Lightnin’ Hopkins, Willie Nelson, and Townes Van Zandt, to name a few.
Important writers have grown up here: Donald Barthelme, Vassar Miller, Rick Bass. Other authors, like prose writers Larry McMurtry, Antonya Nelson, Mary Gaitskill, Phillip Lopate, Rosellen Brown, and Max Apple, and poets Tony Hoagland, Edward Hirsch, and Mark Doty came here to study, teach, and write. The city has fostered a burgeoning writing community outside the university. Lorenzo Thomas, Rich Levy, Daniel Rifenburgh and numerous others have left their marks on a city that defies easy description.

DAVID THEIS moved to Houston in 1984 to study in the creative writing program at the University of Houston. He then began publishing journalism in Houston City Magazine,  The Houstonian, Texas Observer, Texas Monthly, and numerous other publications. In 1989 Theis became a staff writer for the Houston Press where he wrote news, features, and film reviews. In 2002 his novel Rio Ganges was published by Winedale Press. He is currently at work on a second novel. 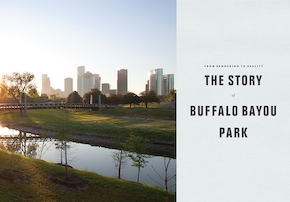 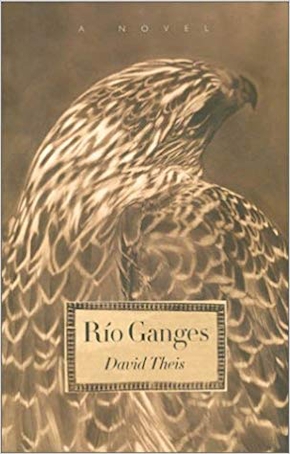