In the decades following the Mexican Revolution, regional strongmen vied with powerful generals and popular rebels for control of Mexico’s future. During this era of uprisings, government corruption, and political intrigue, Mexico took its first, faltering steps toward democracy. In the midst of the turmoil, plainclothes agents, traveling under multiple aliases and reporting in code to their superiors, served as “the eyes and ears” of the national government.

In Spies, Politics, and Power: El Departamento Confidencial en México, 1922–1946, Joseph A. Stout traces the development of Mexico’s Departamento Confidencial (Confidential Department) from the years of its infancy to its later incarnation as a fully fledged international espionage agency on the order of the CIA, Russian KGB, and German Gestapo. Stout charts the department’s evolution under the administration of several powerful presidents—and a handful of puppets—from the postrevolutionary period through World War II, when the agency turned its attention from monitoring internal threats to focus on matters of national security. Stout devotes special attention to the agency’s wartime role in the investigation and containment of individuals whose Axis ties made them objects of government suspicion.

Offering a twist on conventional history, Stout takes us behind the political curtain to illuminate the crucial role played by an unlikely assortment of government bureaucrats, international spies, low-ranking agents, and office clerks within the drama of Mexican nationhood. In his comprehensive and thoroughly researched account, Stout offers a narrative propelled not by the back-and-forth of rebel violence and brutal reprisal—though there is no dearth of such material—but by a story driven by the power of information. For Stout, intelligence, as much as military might, is the key to political power and the engine of national formation.

A work rich in primary sources, Spies integrates details culled from archived letters and agent reports into the broader framework of Mexican politics and society in the first half of the twentieth century. In his unconventional approach, Stout sheds new light on the means and motivations of some of the period’s most influential figures.

JOSEPH A. STOUT JR. was a professor of history at Oklahoma State University until he retired in 2005. He has written or edited fourteen books and more than thirty articles on the American Southwest and Mexico. Among his many publications are two recent books published by the TCU Press: Border Conflict: Villistas, Carrancistas, and the Punitive Expedition, 1915–1920 and Schemers and Dreamers: Filibustering in Mexico, 1848–1921. 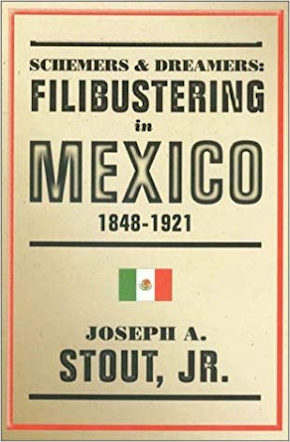