Texas’ political power really began in the late nineteenth century, when Texas congressmen first began to wield power as committee chairs and party leaders. In the era of Woodrow Wilson, Texas clout intensified as Senator Morris Sheppard introduced the Prohibition legislation with which his name is associated today. John Nance Garner’s political influence was first felt in the Wilson administration, as a liaison on war matters between the administration and the House, then grew in the Hoover era when Garner rose to minority leadership and critic of Hoover administration policies.

In the Roosevelt era, Texas was a Democratic state and, with Democratic control of Congress and a Democratic president, the state’s power grew—John Garner became vice president in 1933, and Texans chaired six House committees: Agriculture, Interstate and Foreign Commerce, Judiciary, Public Buildings, Rivers and Harbors, and Territories. And during the Eisenhower years, Lyndon Johnson, Sam Rayburn’s protégé, became minority and then majority leader of the Senate. It was an extraordinary time with Texans in the top leadership of both the House and the Senate.

This book is the story of the men and women who represented Texas in Congress. For a century and a quarter they were masters of congressional politics and represented Texas on the national stage. Authors Jim Riddlesperger and Tony Champagne paint lively pictures of the characters—party leaders, committee chairs, and the political pioneers—who made Texas a major player in congressional politics for the past 125 years, as well as the ideologues and the buffoons that are also part of the Texas congressional story.

James W. Riddlesperger, Jr., is professor of political science at Texas Christian University. He teaches American politics, with interests in Congress, the presidency, and Texas politics. An award winning teacher, he also has published 35 research articles and two dozen entries in encyclopedias.  He is co-author of The Austin-Boston Connection:  Five Decades of House Democratic Leadership, 1937-1989 (Texas A&M Press, 2009), Texas Politics (Cengage, 2010), Presidential Leadership and Civil Rights Policy (Greenwood, 1995), winner of the Aaron Wildavsky book award, and Preparing for the United States Government and Politics AP Exam. A frequent consultant to the news media concerning politics and elections, he is president of the Southwestern Political Science Association.

Anthony Champagne is  professor of political science at the University of Texas at Dallas where he has taught since 1979. Dr. Champagne is the winner of three  teaching awards and the University of Texas System Regents Teaching Award. He has written about legal representation of the poor, the election of judges, Texas politics, and Congressional history. Among his written work on Texas politics and congressional history is  Congressman Sam Rayburn (Rutgers University Press, 1984). He also wrote Sam Rayburn: A Bio-Bibliography (Greenwood Press, 1988). His most recent book is The Austin-Boston Connection:  Five Decades of House Democratic Leadership, 1937-1989 (Texas A&M University Press, 2009), which was written with Douglas Harris, James Riddlesperger, and Garrison Nelson. 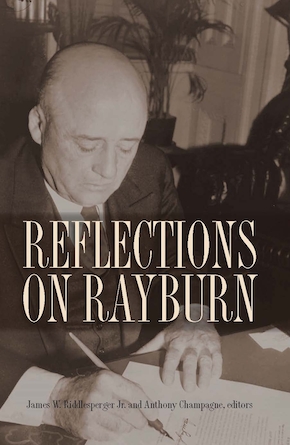 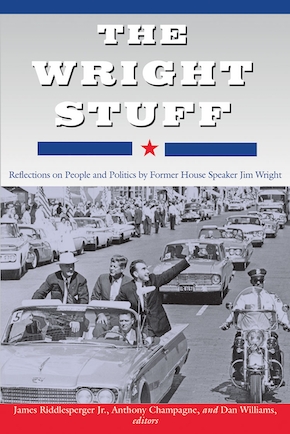 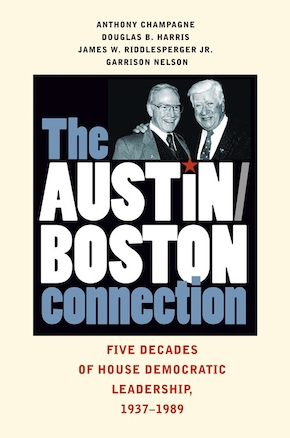 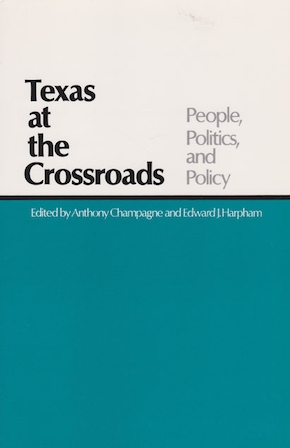