A. C. Greene claimed he wrote his autobiographical A Personal Country “to find out, from one life in one region, if all of us are not gifted from the soil whence we sprang, seeded by the people, and watered by the times.”

Bert Almon suggests that Texas autobiography reveals as much about the state as it does the writer, recording geography and history, and economic, social, and religious practices. A sense of place distinguishes Texas autobiographical writing, for it springs from a state considered unique by its citizens and the world in general. Texas’ history—migrations, war with Mexico, brief nationhood, slavery, Indian Wars, the Civil War, the Mexican diaspora of the twentieth century—these all contribute to what Almon calls Texas’ “exceptionalism.”

Early writers in this collection—Matthews, Lomax, Beasley, Dobie, Stillwell, and others—recall a traditional Anglo Texas, a world of small towns, farms, and ranches. But these writers record, sometimes with anticipation, the approach of the modern age. Dobie and J. Houghton Allen identify strongly with particular spots of land, their “beloved land.” And Greene and McMurtry use region as a means of explaining themselves.

The Anglo tradition presents a world of stalwart, independent, hard-working people, but not all the memoirists in this volume recall that kind of family. Beasley, Owens, and Karr speak of dysfunctional families that shaped a stubborn sense of self.

Other writers record a Texas outside the Anglo tradition—an urban, high-tech, multicultural society. Black and Chicano writers are most aware of the Anglo tradition because they recall its prejudices. In seeking to define themselves, and their cultural and racial heritage, their family stories become more important than the landscape.

If we read autobiography unconsciously hoping to learn about the land, we read it deliberately to learn about the writer. Autobiography is a storytelling process of self-discovery, a process of giving meaning to remembered life. Some authors, like Karr, recreate the earlier self; others, like Humphrey, maintain the difference between child and adult and interpret the child from the adult point of view.

Memoirs from multicultural authors or from someone like Karr, who shows little interest in the state itself, may suggest that Texas exceptionalism is disappearing. Almon suggests that Texas is indeed moving ever close to mainstream America, but there is, he says, enough exceptionalism to last a while. His lively and insightful discussions of these authors reinforce that idea. 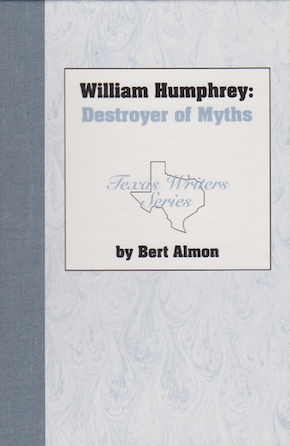