When fifteen-year-old Christina Eudora Von Scholl learns that her family will leave their German homeland to seek freedom in Texas, her greatest sorrow is leaving behind her beloved grandmother. And so, in a series of letters, she takes “Oma” on this great adventure with her family . . . and takes us as readers.

Sometimes the letters are dark with discouragement, for the Von Scholls find, as did many German-Texas families, that the Society for the Protection of German Emigrants, known as the Adelsverein, was unable to fulfill its promises of land, housing, horses, and farm implements. But they are Germans, determined and willing to work hard.

More often these letters—and the text woven in between them—are bright with adventure, for Tina finds Texas an exciting, if puzzling, place. There are new customs to learn, new foods to eat, even while the family preserves its traditional German ways. Tina’s adventures include a run-in with a mountain lion, an exciting trip across Texas with her father to Sisterdale, and a frightening encounter with Lipan Indians. Her lessons in being an American are helped by Jeff, a young man who becomes part of the family when he undertakes to teach them to farm in Texas. Tina, in return, teaches Jeff to read and learns a lesson in love that is without nationality.

Letters to Oma is a charming, informative novel that sweeps the reader back to a very particular time and place. And Tina Von Scholl is irresistible as correspondent and as heroine.

Raised in Idaho and Indiana, Marj Gurasich has been a resident of the Houston area for over thirty years. She is the author of several nonfiction studies and the juvenile novel, Red Wagons and White Canvas. The inspiration for Letters to Oma was twofold: While researching the history of Industry, Texas, for an article on the 150th anniversary of town founder Friedrich Ernst's arrival in Texas, she came across a magazine photograph of an antique German cuckoo clock. She had long been fascinated by the story of the German settlers, their hardships and sacrifices, and their immense contributions to the patchwork-quilt culture that is Texas. The clock inspired her to create a story about those early settlers, the story of Christina and her family . . . and her clock. 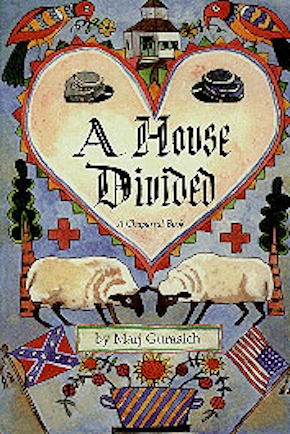