Ray Perry was a farm boy from rural West Texas when America entered World War II. He always had a fascination with planes, so he joined the U.S. Army Air Corps with the intention of becoming a pilot. The Army Air Corps needed tail gunners, however, so Ray served his country at the back end of a B-17, completing thirty-five combat missions before the war’s end. This is the story of his World War II adventure, wrought with tragedy and excitement and every emotion in between. This is also the story of how a young man from a small West Texas town handled the upheaval that comes with war. Based off numerous primary source materials, Ray’s story unfolds through his letters, photos, and mementos. The book’s foreword is written by his son, and former Texas governor, Rick Perry.

“The pilot sent the radio operator back there to see if they got me . . . and he climbed, crawled, right there beside the side of that tail wheel, and he never did get back all the way where I was at, but he . . . saw me sitting up and he saw me move a little. So, he went back and told the pilot, ‘I guess he’s alright. I think he’s still alive.’”

—Ray Perry, from the book

JEWELLEE JORDAN KUENSTLER works for the Old Jail Art Center in Albany, Texas, and is a frequent contributor to the Stamford American and the Stamford Star. She lives in Stamford, Texas, with her husband, Tracy, her son, TJ, and her dog, Charlie. 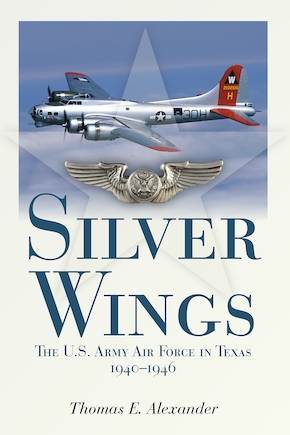