This project was partially funded by the Meredith G. and Miriam C. York Endowment for the Preservation and Study of Texas History and by the Summerlee Foundation, Dallas, Texas.
In August, 1841, Thomas Gibbs and Gardner Coffin, two itinerant merchants traveling from the states of the American South, arrived in the Republic of Texas and opened a small frontier general mercantile in the recently-established settlement of Huntsville. From that date to the present, members of the Gibbs family residing in Walker County have operated their business interests from the same location on the courthouse square. Being in continuous operation for well over a century and a half permits the Gibbses to claim with justifiable pride that theirs is the oldest business in the state.

The mercantile having long since disappeared, for nearly a century the Gibbses have devoted their energies to amassing large holdings in land and timber in Walker and adjacent counties. Through the years, the enlightened stewardship they have demonstrated in the management of their real estate interests has earned them commendations from professional lumber organizations and environmentalists alike. The long history of Gibbs Brothers and Company stands as a convincing example of the region-wide benefits that can flow from a privately-owned firm deeply committed to the area in which it is located.

DONALD ROY WALKER, currently teaching in the History Department at Texas Tech University, has traveled extensively throughout Africa, Asia, Europe, and the United States. He served with the U.S. Department of State in South Vietnam from 1969–1972, and was with the Peace Corps in Gabon in West Central Africa from 1965–1968.

Dr. Walker has presented papers at many historical association meetings. In 1988 Texas A&M University Press published his book Penology for Profit: A History of the Texas Prison System, 1867–1912, which received numerous awards. 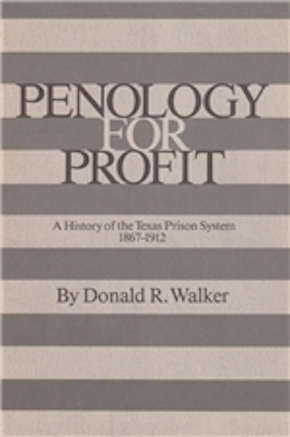