“Transcendence came with a price,” Brian T. Atkinson writes in his introduction to this collection of reflections by and about pioneer psychedelic rocker Roky Erickson (1947–2019). The singer and songwriter who fronted the 13th Floor Elevators burst onto the Texas music scene in 1966 with the release of “You’re Gonna Miss Me,” the band’s only charting single, which featured Erickson’s primal vocal stylings. The band attracted considerable regional attention, including interest from a young Janis Joplin, who considered joining the group before opting to go to San Francisco instead.

Through his interviews with those who were there and presentation of Erickson’s own words, Atkinson chronicles how Erickson was haunted for most of his life by mental illness, likely compounded by his liberal usage of hallucinogenic and other drugs. Despite that, however, his influence on Texas musicians of various genres is vast. As Billy Gibbons of ZZ Top attests in his foreword, “He stands alone to this day and is revered as an artist because he had the gift of a wonderful voice.”

As with his previous books on Townes Van Zandt, Ray Wylie Hubbard, and Mickey Newbury, Atkinson has recorded hours of interviews with veteran and upcoming musicians who were impacted by Roky Erickson. Along with the insights of long-time music journalists like Joe Nick Patoski and the bittersweet recollections of friends and family members like Mikel Erickson, brother of the singer, this work includes poetry and lyrics written by Erickson during his confinement at Rusk State Hospital in the late 1960s and early 1970s. The picture that emerges is that of a brilliant, troubled mind and an artist whose influence extended far beyond the period of his greatest notoriety, continuing even beyond his death.

"This collection of memories powerfully illustrates the sharpness of Roky's wit, the beautiful complexity of his intellect, and the depth of his talent”—Stu Cook, Creedence Clearwater Revival
“In the history of rock & roll, there are only a handful of musicians who completely left the earthly path and set off into their own universe. Texas rock guru Roky Erickson, first with psychedelic pioneers the 13th Floor Elevators and then on his own extraterrestrial trajectory, blazed a trail of celestial musical wonder which will always be beyond equal. Brian T. Atkinson has captured it all, right in front of our own mortal eyes. True amazement starts right here.”—Bill Bentley, Producer of Where The Pyramid Meets The Eye (1990) and May The Circle Remain Unbroken (2021).
“It’s impossible to imagine psychedelic rock without Roky Erickson and the Thirteenth Floor Elevators, but Roky’s music also encompassed hair-raising hard rock, country soul, and cosmic Americana of unmatched ethereality and yearning. Roky was a seer, a sweetheart, a tortured soul, a good-time guy and a mystery man, and this book brings you so close at times that you feel you can almost touch him.”— Will Sheff (Okkervil River) 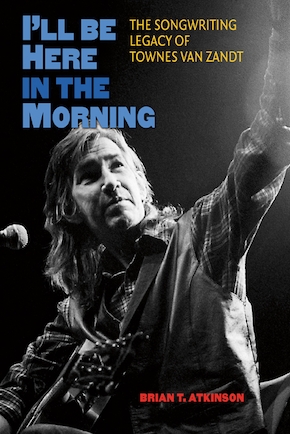 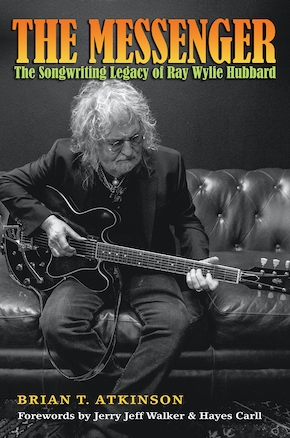