Covering the period from World War I through the Korean War, Victory through Influence: Origins of Psychological Operations in the US Army argues that the development of US Army psychological operations occurred despite widespread institutional opposition. Skeptics noted that the effects of combat propaganda could not be measured like those of infantry, artillery, or air power. Combat arms officers viewed it as an ancillary, useless, or dishonorable military tactic. Careerists were wary of investing much time or energy in psychological warfare, or “psywar.”

After the War Department established a psywar planning cell in early 1918 under its Military Intelligence Branch, it then went a step further by deploying an understaffed, poorly resourced propaganda section. It was the first time that the US military had done such a thing. After the Armistice, that section was eliminated, and its operational lessons were lost. During World War II, the army activated tactical units such as combat propaganda teams, mobile radio broadcasting companies, and base station operating detachments for psywar.

When the Korean War began, the ill-prepared US Army again rebuilt its psywar capability from virtually nothing. The tactical groups proved once and for all that psychological operations were invaluable force multipliers in military operations. These units warned civilians of imminent danger, promoted United Nations humanitarian programs, assisted in getting the Communist delegation back to the negotiating table, and more. These indispensable contributions to wartime victory, coupled with recognition of the psychological dimensions of the Cold War, helped convince senior officers and policymakers of the value of psychological operations. Over three wars, and as part of a skeptical institution, practitioners of psychological operations earned for it the status of a permanent presence within the US Army.

JARED M. TRACY is the deputy command historian for the US Army Special Operations Command at Fort Bragg, North Carolina, where he researches and publishes on the history of propaganda, psychological operations, and other facets of special operations. His writing has appeared in Military Review, NCO Journal, Southern Historian, and Veritas: Journal of Army Special Operations History. 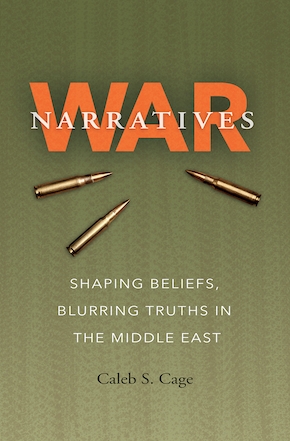