In January 1982, archaeologists conducting a pre-construction excavation at 175 Water Street in Lower Manhattan found the remains of an eighteenth-century ship.

Uncertain of what they had found or what its value might be, they called in two nautical archaeologists—Warren Riess and Sheli Smith—to direct the excavation and analysis of the ship’s remains. As it turned out, the mystery ship’s age and type meant that its careful study would help answer some important questions about the commerce and transportation of an earlier era of American history.

The Ship that Held Up Wall Street tells the whole story of the discovery, excavation, and study of what came to be called the “Ronson ship site,” named for the site’s developer, Howard Ronson. Entombed for more than two hundred years, the Princess Carolina proved to be the first major discovery of a colonial merchant ship.

Years of arduous analytical work have led to critical breakthroughs revealing how the ship was designed and constructed, its probable identity as a vessel built in Charleston, South Carolina, its history as a merchant ship, and why and how it came to be buried in Manhattan.

"The reader who is drawn to this book by its intriguing title will not be disappointed. One palpably shares the excitement Warren Riess felt when he and Sheli Smith were invited to study the remains of a colonial ship used to hold landfill for the extension of Manhattan’s seventeenth-century waterfront. The subsequent archaeological excavation was only the beginning of three decades of the author’s attempts to unravel the mystery of a truly unique vessel.  The importance of the find in the histories of New York, Atlantic trade and even the British Empire is most readably explained. Each day of the excavation delayed construction of a 30-story office building, costing the developer many thousands of dollars. Riess vividly describes the hardships, even dangers, of rushing to meet a deadline during a harsh winter, generously crediting his coworkers and myriad colleagues for their roles over the years. His clear descriptions of the intricacies of conservation, wood analyses, identification of shipworm species, and archival research are never dull. Finally, dealing with multiple clues, Riess convincingly attempts to identify the ship and relate its history. I found the book as gripping as a detective thriller and read it in a day."—George Bass, Founder and Chairman Emeritus, Institute of Nautical Archaeology

“Riess’ manuscript is the first I have encountered which honestly and in detail lays out the promises, challenges, and ultimate successes of work on such a site. He does not stint in critical analysis and forthright assessment of the site and the work he and his team accomplished. In this alone this book will be a compelling title not only for archaeologists who work in cultural resource management (CRM) firms, or who follow this work, but also the public who will enjoy the text as aneighteenth century ship emerged from the heart of the city from beneath the streets and sidewalks.  This is a definitive, landmark book on the amazing story of an early American ship. The Ronson ship, rediscovered and excavated by a hard-working team of archaeologists who literally raced the clock and the bulldozers, was an important find of a forgotten vessel and an equally forgotten aspect of New York’s history from the heart of modern Manhattan after centuries of burial where the once colonial waterfront is now two blocks from the East River. Riess has masterfully told the story of the Ronson ship and woven it into the fabric of early American trade, the growth of a major port city, and the story of a hastily assembled team of archaeologists who rescued a national treasure from the mud.”—James P. Delgado, Director, NOAA Maritime Heritage Program
“In The Ship That Held Up Wall Street, Warren Riess has crafted a compelling story of a colonial merchant vessel that spans the centuries. He carries the reader through her life upon the waves in the 18th century, to her life below Manhattan, to her ultimate recovery in the twentieth century. Long known as the Ronson Ship Wreck--so named for the real estate developer whose project first uncovered the site--the vessel remained nameless until now. It is fitting that Riess, along with Sheli Smith, who helped recover her from her resting place beneath Manhattan, are the ones to recover her name as well. Written with a warmth not often found in archaeological reports, the book introduces the more esoteric aspects of shipbuilding, archaeology, conservation, and the love life of teredos in language understandable to the lay person without ever sacrificing the scholarly underpinnings. Anyone with a love of archaeology, early American history, or the sea will find something to delight them in The Ship That Held Up Wall Street.”—Anna Holloway, Vice President of Museum Collections and Programs, The Mariners’ Museum in Newport News, VA
“In The Ship That Held Up Wall Street, Warren Riess has achieved the near impossible. He has taken us on a three decade–long, archaeological adventure, while sustaining the academic integrity of this study. From the discovery of the important but anonymous hulk under the pavement and rubble of Lower Manhattan, through the sometimes harrowing excavation, followed by years of conservation, study, and research, to the solid attribution of the vessel as Princess Carolina, Riess give us a true sense of the work of the archaeologist–-its hazards, frustrations, and triumphs. This is a thoroughly engaging read.”—J. Revell Carr, author, All Brave Sailors and Seeds of Discontent
“A fascinating account of the excavation and investigation of the celebrated ‘Ronson Ship’ discovered buried under downtown New York City. Riess invites the reader to share in the excitement and insights experienced during a three-decade-long search for archaeological and historical clues to the ship’s role in the Atlantic world of the early eighteenth century. The Ship That Held Up Wall Street perfectly illustrates the two-phased nature of archaeological research. It begins with the discovery and excavation of the ship, a rush of frantic activity in the midst of a busy construction site in downtown New York City. The second phase, the search for understanding of the ship’s architectural, cultural, and historical significance, requires years of patient detective work on the part of Riess. An engrossing account of an important find.”—Kevin Crisman, author, Coffins of the Brave: Lake Shipwrecks of the War of 1812

“Warren Riess has written a spellbinding archeological detective story that’s impossible to put down. It describes in exquisite detail how a master investigator and his team unearthed, preserved, and identified a historically important early eighteenth-century armed American merchant ship buried under Wall Street and about to be lost forever.”—George C. Daughan, author, 1812:The Navy’s War and The Shining Sea: David Porter and the Epic Voyage of the U.S.S. Essex during the War of 1812
"Warren Riess's fascinating account of his three-decade involvement with the colonial-era Ronson ship, uncovered on a construction site in lower Manhattan in 1982, is rich in detail and told with candor and modesty. Tacking easily between past and present, he relates how eighteenth-century businessmen literally laid the foundations of New York's financial district. But the book's great contribution is its examination of the many challenges of rescue archaeology and artifact conservation, and the painstaking work of interpretation and archival research that gives life to finds such as this."—Lincoln Paine, author, The Sea and Civilization: A Maritime History of the World
“Do you enjoy tales of archaeological adventures in exotic places, historical mysteries, and patient archaeological sleuthing? If you answered yes to any or all of the above, then here’s a book you may want to add to your library.”—INA Quarterly
“Despite its humble fate, this is a compelling and archaeologically significant site worthy of the effort, and worth the attention of readers interested in colonial-era merchantmen and the archaeologists who study them”—The Northern Mariner / Le marin du nord

The Ship That Held Up Wall Street Book Trailer 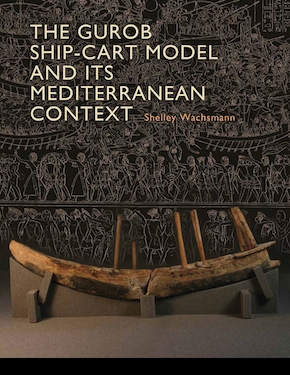