Ever since the recognition of the Neanderthals as an archaic human in the mid-nineteenth century, the fossilized bones of extinct humans have been used by paleoanthropologists to explore human origins. These bones told the story of how the earliest humans—bipedal apes, actually—first emerged in Africa some 6 to 7 million years ago. Starting about 2 million years ago, the bones revealed, as humans became anatomically and behaviorally more modern, they swept out of Africa in waves into Asia, Europe and finally the New World.

Even as paleoanthropologists continued to make important discoveries—Mary Leakey’s Nutcracker Man in 1959, Don Johanson’s Lucy in 1974, and most recently Martin Pickford’s Millennium Man, to name just a few—experts in genetics were looking at the human species from a very different angle. In 1953 James Watson and Francis Crick first saw the double helix structure of DNA, the basic building block of all life. In the 1970s it was shown that humans share 98.7% of their genes with the great apes—that in fact genetically we are more closely related to chimpanzees than chimpanzees are to gorillas. And most recently the entire human genome has been mapped—we now know where each of the genes on the chromosomes that make up DNA is located on the double helix.

In Human Origins: What Bones and Genomes Tell Us about Ourselves, two of the world’s foremost scientists, geneticist Rob DeSalle and paleoanthropologist Ian Tattersall, show how research into the human genome confirms what fossil bones have told us about human origins. This unprecedented integration of the fossil and genomic records provides the most complete understanding possible of humanity’s place in nature, its emergence from the rest of the living world, and the evolutionary processes that have molded human populations to be what they are today.

Human Origins serves as a companion volume to the American Museum of Natural History’s new permanent exhibit, as well as standing alone as an accessible overview of recent insights into what it means to be human.

ROB DESALLE is co-director of the Molecular Systematics Laboratories and curator of the Division of Invertebrate Zoology.IAN TATTERSALL is curator in the Division of Anthropology, both at the American Museum of Natural History in New York City.

"Mention the search for human origins to an intelligent layperson and you most likely evoke the image of a khaki-clad paleontologist, in the mold of Richard Leakey, scrabbling for bones in an African landscape.  Great progress in tracing out the human family tree has indeed been made in this fashion, but over the last few decades remarkable advances in several disciplines--molecular biology and genetics most of all--have revolutionized the way we regard the human past. . . Appropriately, the American Museum of Natural History (AMNH) recently decided that it was time to mount a new permanent exhibition on human origins, incorporating diverse fields of study.  The exhibit's companion book, written by geneticist Rob DeSalle and paleonanthropologist Ian Tattersall, both on the museum's staff, is an accessible and authoritative summary of the major insights of the new synthesis."--Natural History

". . . an accessible and authoritative summary of the major insights of the new synthesis."--Natural History

“Popular books on human evolution are quite common, with a dozen or more published every year. However, this one is different in lots of ways. First of all, it is written by two scientists who really know the material. DeSalle and Tattersall are Curators at the American Museum of Natural History and are world authorities on molecular systematics and human evolution respectively. They also write very well so that the integration of genetic and paleontological information flows seamlessly. Finally, as the authors note, this volume is as much about philosophy as it is about science. In presenting the latest evidence on human evolution from both genetic and paleontological perspectives, they also confront, head-on, the role of science and the scientific method (as well as creationism and intelligent design) in the way we understand the world around us and our place in it." --The Quarterly Review of Biology
“The conventional wisdom of paleoanthropology has been sometimes challenged, sometimes supported, and most often sharpened by the precision of the new molecular techniques. The American Museum of Natural History (AMNH) recently decided that it was time to mount a new permanent exhibition on human origins, incorporating diverse fields of study. The exhibit’s companion book, written by geneticist Rob DeSalle and paleoanthropologist Ian Tattersall, both on the museum’s staff, is an accessible and authoritative summary of the major insights of the new synthesis.” --Natural History
"This book is the most readable, thorough, and up-to-date summary of human evolution I know, and I envy the successful effort to integrate traditional paleoanthropology with the growing contributions of molecular anthropology. No one interested in human evolution can afford to pass it by." --Richard Klein, Professor of Anthropological Sciences, Stanford University
"Through stimulating text and informative figures, DeSalle and Tattersall use their collective expertise in paleoanthropology and genomics to provide a fascinating overview of the science of human origins. The timing of this book could not be more compelling—as new technologies and scientific approaches are providing researchers unprecedented glimpses into the window of our own evolutionary history." --Eric Green, Scientific Director, National Human Genome Research Institute
"A truly synergistic analysis of human evolution, smoothly integrating the strengths of both genomics and paleoanthropology into a profoundly coherent and unique account of the human evolutionary saga. A first-of-its-kind intellectual tour de force!" --Niles Eldredge, author of Darwin: Discovering the Tree of Life
"Rob DeSalle and Ian Tattersall have teamed up to present an outstanding comprehensive review of modern human origins, incorporating recent breakthroughs in the fields of genetics, archeology, neuroscience, and paleoanthropology. The authors explain the history of the sequencing of the human genome and the methods used in both genetic and paleoanthropological studies in a manner that is accessible to a general audience but detailed enough for a specialist. They address a series of important questions such as 'What is it that distinguishes us from our closest living relative, the chimpanzee?' 'When and where did modern humans evolve?' 'What routes did they take as they migrated around the globe?' ' How have modern humans adapted, both genetically and culturally, to changing environments?' 'Why did Neanderthals become extinct?' and 'When and how did modern humans arrive in the New World?'" --Sarah Tishkoff, Associate Professor, Department of Biology, University of Maryland-Baltimore
"Rob DeSalle and Ian Tattersall successfully weave together the genetic and fossil evidence for one of nature's greatest experiments: the origins of humans. In this delightful and engaging book, they present incontestable proof for human evolution and document the riveting journey that led us from a common ancestor with the African apes to the emergence of modern humans. This is more than just a companion book to the American Museum of Natural History's Spitzer Hall of Human Origins. It is an insightful and welcome argument for our own evolutionary origins. Read this book and be rewarded. Understand your ancestry as never before." --Donald C. Johanson, Director, Institute of Human Origins
"With the help of pages and pages of colorful illustrations, DeSalle and Tattersall describe the basic principles of genetics and genomics from DNA through mutation and natural selection to phylogeny reconstruction and population movements. They place human evolution in the context of the evolution of all life forms. The final chapters focus on the uniquely human features of the brain and language, and the epilogue ponders our future. Originally written as a companion volume to accompany the new Hall of Human Origins at the American Museum of Natural History, this book is an exceptionally readable and up-to-date summary of human evolution. It is an authoritative and fun publication that will be accessible to anyone with even the faintest recollection of high school biology or any curiosity whatsoever about how we came to be the way we are.” --The Quarterly Review of Biology 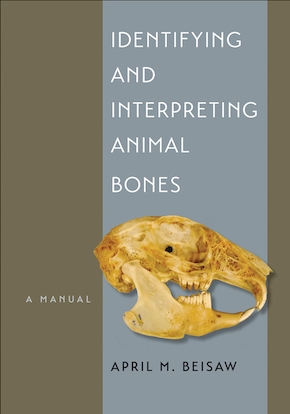 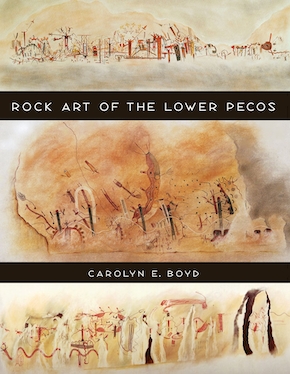 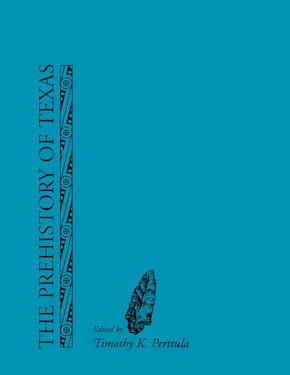 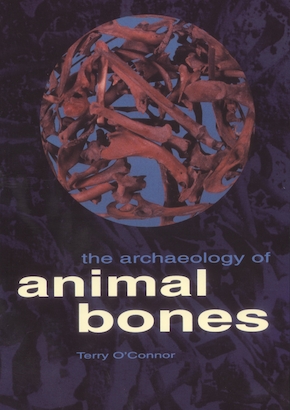 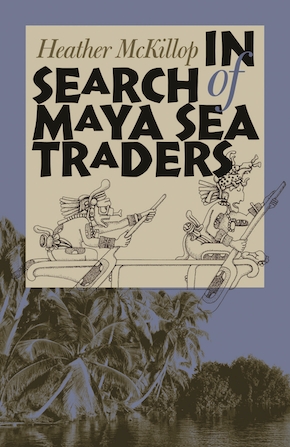 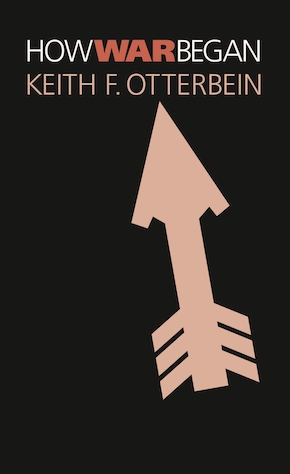 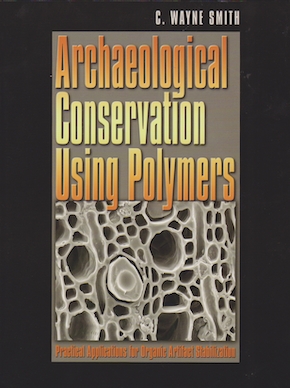 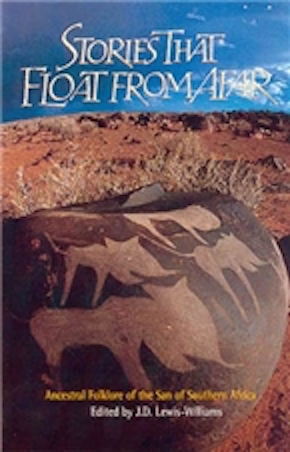 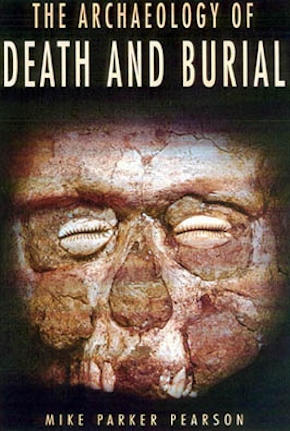