The damage that the gang caused is incalculable, including the destruction, temporarily, of a Texas Ranger company. The gang tarnished reputations, shed light on what news media was becoming, and claimed lives. As a whole the gang was psychopathic, sadistic, and murderous, prone to violence. They had no loyalty to one another and no redeeming qualities.

But the legacy of the gang is not all evil.  Private enterprises, such as Wells Fargo, the railroads, and numerous banks, joined forces with law enforcement to combat them. Lawmen from cities and counties joined forces with federal marshals and the Texas Rangers to further cement what would become the “brotherhood of the badge.” These efforts succeeded in tracking down and killing or capturing a good number of the gang members.

Readers of the Old West and true crime stories will appreciate this sordid tale of outlawry and the lawmen who put a stop to it. Those who study the media and “fake news” will appreciate the parallels from the 1880s to today.

DAVID JOHNSON has received degrees from Pennsylvania State University and Purdue University. He is the author of John Ringo, King of the Cowboys; The Horrell Wars; and The Mason County “Hoo Doo” War, 1874–1902, all published by the University of North Texas Press.

“I was riveted by the detailed account of the nefarious misadventures of these low-life ne’er-do-wells. This is David Johnson’s best book to date—he has put together a fresh story and he has told it with mesmerizing skill.”—Bill O’Neal, former State Historian of Texas and author of The Johnson-Sims Feud and War in East Texas

“Astutely Johnson has presented a biography of the gang objectively, without any preconceived ideas or bias. It would be difficult to find ‘social redeeming qualities’ in these characters, nothing to make them heroic as social-bandits, such as some perceive the James Boys and the Younger Brothers to be.”—Chuck Parsons, author of Captain Jack Helm and The Sutton-Taylor Feud

“David Johnson, an eminent specialist on Wild West era feuds, presents a compelling story of criminality, one attracting international attention. Aside from the thrilling tale is an underlying theme: the coalition of law enforcing entities. The hunt for these outlaws spurred the best efforts of Texas Rangers, U.S. Marshals, and sheriffs, an early day task force concept. The storyline is buttressed by impeccable research. The narration is outstanding. As is typical of Johnson’s work, the reader feels as if he or she is actually chasing desperadoes riding down the Owl-Hoot Trail.”—Bob Alexander, co-author of Texas Rangers and author of Rawhide Ranger, Ira Aten

“Having tackled the Mason County War, John Ringo, and the Horrell Brothers, noted historian and author David Johnson sets his sights on the Cornett-Whitley Gang. A worthy addition to his body of work, this book is a meticulously researched and engaging volume that sheds light on a largely forgotten band of Texas desperadoes. Observing Americans’ love-hate fascination with outlaws, Johnson strips away the romance and myths to tell the true story of these ruthless criminals and the relentless lawmen who brought them to justice.”—Darren L. Ivey, author of the Ranger Ideal series
"The Cornett-Whitley Gang, due to its use of senseless and gratuitous violence, gained international prominence. It was a hot flame that quickly burned out."--Tombstone Epitaph
"Impressively researched, exceptionally well written, deftly organized and expertly presented."--Midwest Book Review
"The Cornett-Whitley Gang's moment in the sun passed quickly but as David Johnson relates, their train robbery at McNeil Station made them internationally famous."--Wild West History Association Journal
"This fine biography will represent the final word (perhaps?) on this gang."--Plum Creek Almanac
"The author's use of a theatrical format, i.e. 'dramatis personae" in the front matter is clever and sets the reader up for a good 'horse opera.'"--Panhandle-Plains Historical Review 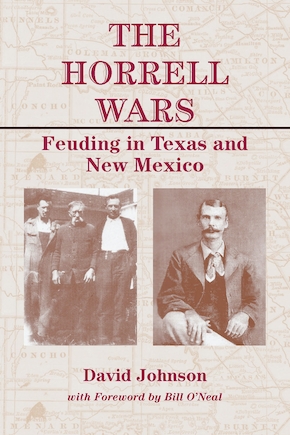 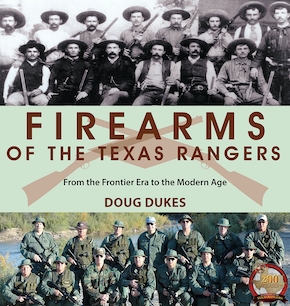 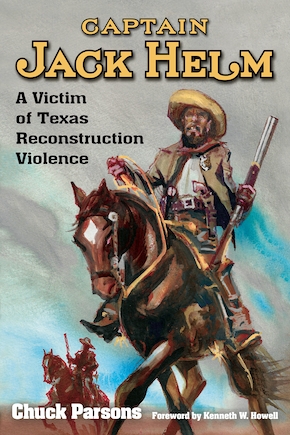